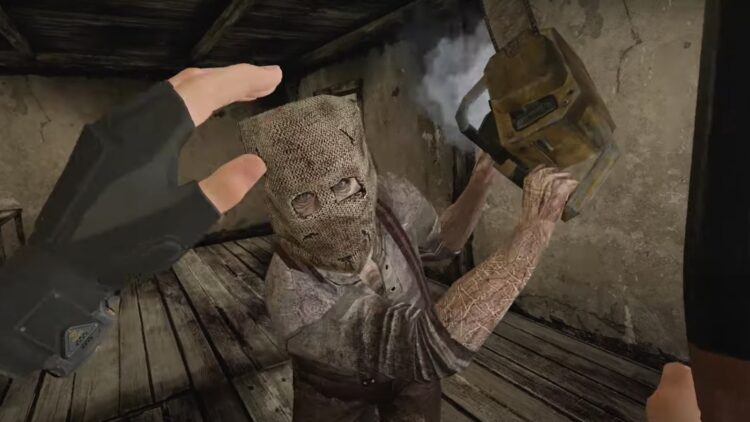 The virtual reality version of Resident Evil 4 is launching next month, Capcom has confirmed.

The game was announced earlier this year for Facebook’s Oculus Quest 2 VR headset, and it adds a first-person perspective to the game with re-mapped VR motion controls. The game will use Resident Evil 4’s original levels, cutscenes, and animations, but will feature improved textures.

What’s more, developer Armature Studio has added new gameplay mechanics centred around the game’s first-person perspective, including the ability to walk around a room-scale environment. You’ll also need to physically pick up weapons and items from the environment with your hands, and complete puzzles physically too.

Different weapons can be equipped to each hand, and your health meter will be displayed on a wristwatch. Armature Studio has also explained that some of the game’s quick-time events will require you to complete various actions with the Oculus Touch controller.

Resident Evil 4 was originally released on Gamecube and PlayStation 2 back in 2005 but has since been ported to numerous other consoles. It follows Leon S. Kennedy as he is sent on a mission to save Ashley Graham, the US President’s daughter, after being kidnapped by a cult and taken to a rural European village infested by mind-controlling parasites.

Resident Evil 4 VR will release on October 21st for the Oculus Quest 2. Check out the trailer for the game below: