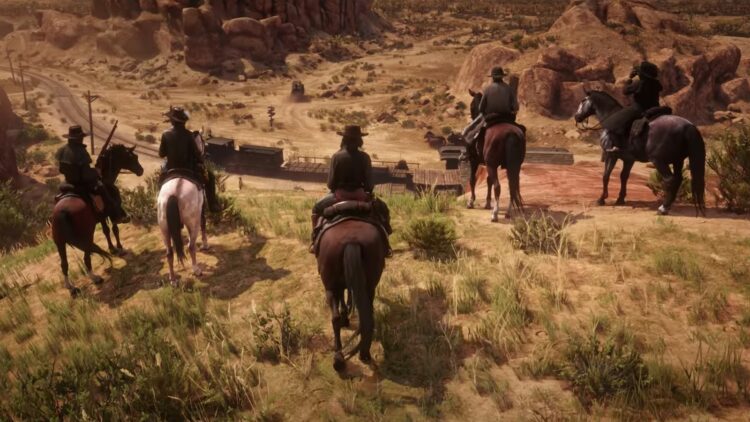 According to the latest Rockstar Newswire, the brand new Blood Money update will release July 13 and will see the addition of numerous new features with a focus on the city of Saint Denis where crime lord Guido Martelli recruits players to search for Capitale, which can be found on the bodies of defeated enemies or in chests located around the game’s open world.

Capitale can also be collected through Crimes, new single-player or multiplayer missions that require players to complete illegal activities, including kidnappings, debt collection, robberies, and more. Collecting enough Capitale will see Martelli send players on opportunities, which can be completed in a variety of ways.

In addition, Rockstar Games will be released Quick Draw Club online passes that can be bought with 25 Gold Bars within the game. These passes offer players new items, and purchasing all four Quick Draw Club passes awards players the Halloween Pass 2 for free.

The update will also include new clothing as well as the returning of past items. Thre Skill and Satchel Pamphlets from the Outlaw Pass will be placed on general sale at the Fence, and clothing items from Outlaw Passes two and three will return for players who missed out on them.

The Blood Money update will release July 13th, and you can watch a trailer for the update below: