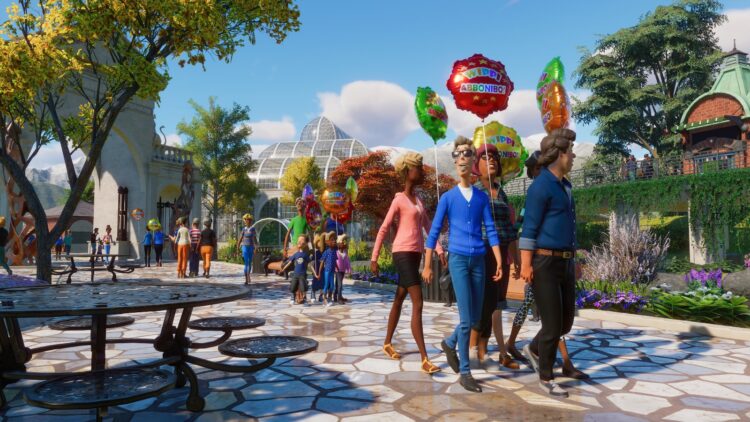 The zoo simulator and sandbox game was released on November 5th, 2019, and the new anniversary update includes a host of new content, including the ability to add the Bernie Bakes cake shop to zoos where guests can enjoy sweet treats.

Alongside Bernie Bakes, the update includes the Black and White Ruffed Lemur from the rainforests of Madagascar. Frontier Developments is also launching a weekend-long community challenge between November 5th and 7th, where every five animals released offers increased chances of obtaining high-rated animals and albino colouring, and every 20 animals awards players with a complete avatar outfit.

Finally, zoo guests will be celebrating the game’s anniversary by bringing colourful balloons with them to zoo parks throughout the duration of the anniversary weekend.

Planet Zoo allows players to construct and run their own zoo, manage staff and guests, and care for some of the game’s 115 animals. The game has seven DLC packs that add new animals, buildings, and decor, with the most recent expansion being the North America Animal pack.