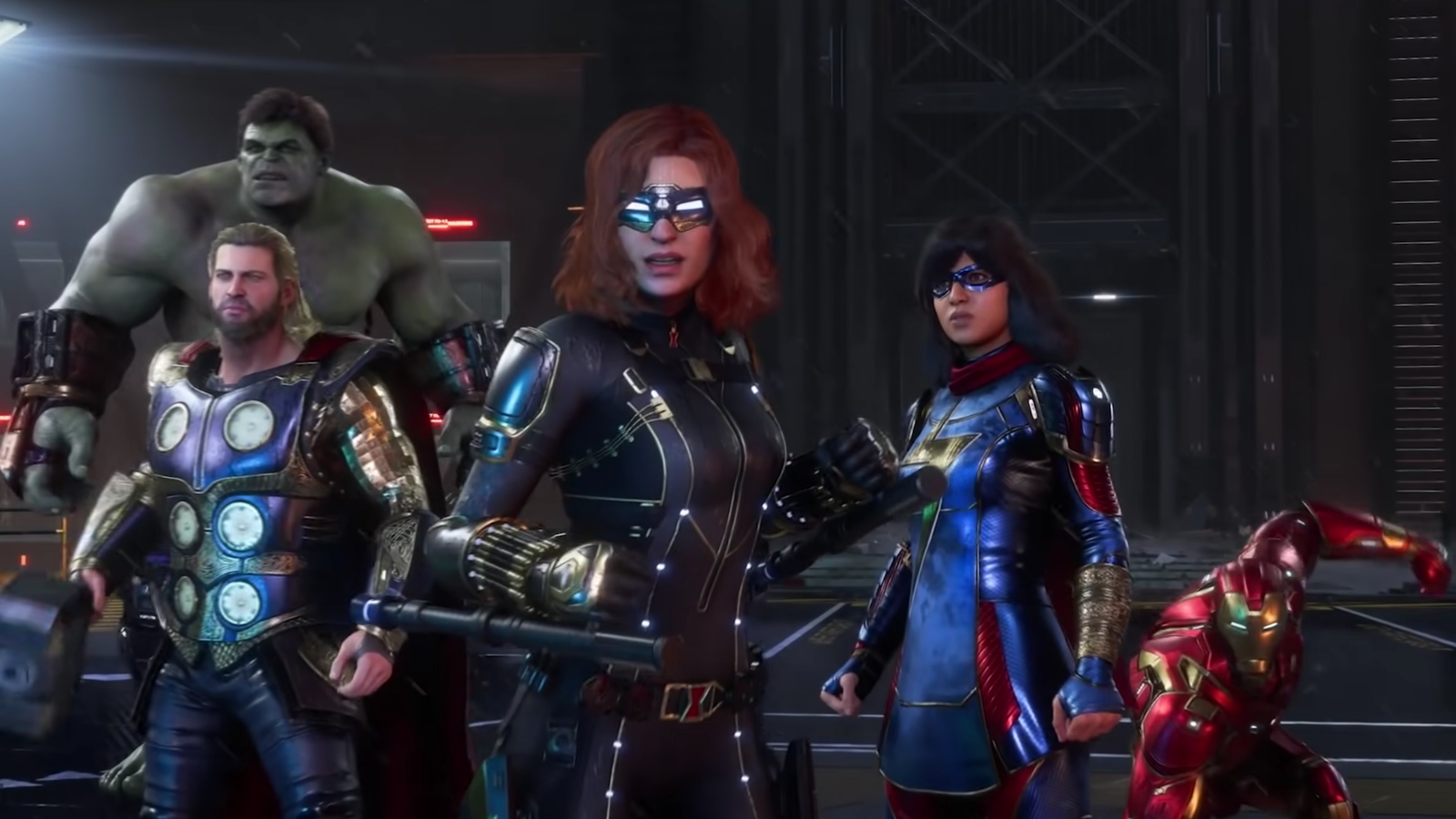 The next-gen versions of Marvel’s Avengers have been delayed to 2021, along with the video game’s upcoming character DLC.

Square Enix had planned to release Kate Bishop as Hawkeye this month and release next-gen versions of the game next month to coincide with the launch of the new PS5 and Xbox Series consoles.

Unfortunately, since the game’s September release, the title has been struggling with a dwindling player-count as well as a slew of bugs which development team Crystal Dynamics have done their best to address.

In a new blog post on the Crystal Dynamics website, Studio Head Scot Amos announced a delay to the game’s next-gen versions and all planned character DLC, as well as digital thank-you bundle for all players as an apology.

Amos said in the update post: “We have been thrilled to see so many of you enjoying Marvel’s Avengers; to watch you fall in love with Kamala Khan in the Reassemble campaign, customise iconic Super Heroes your way, and discover new War Zone co-op strategies with your friends.

“Marvel’s Avengers‘ launch was not without turbulence, and we recognise that a number of issued detracted from your enjoyment of the game. This does not align with Crystal Dynamics’ value of craftsmanship, and for that we sincerely apologise.”

He continued: “Over the past weeks, our team around the world has been heads down fixing bugs and tuning key gameplay systems guided in part by your feedback. Since launch, we’ve released rapid updates to address these bugs, improve game stability, and refine our matchmaking system. While our work is never done, these fixes and additions have made improvements to the overall player experience.”

Amos then announced the digital thank-you bundle which will be made available to all players from Thursday, October 22nd at 6 PM BST until November 5th. The bundle includes 1,500 credits for a Legendary Skin and Nameplate, 7,000 Units, 250 Upgrade Molecules, 20 DNA Keys, and a Sarah Garza-Inspired Nameplate because “you’re the best”.

Later on in the post, Amos revealed that the development team, although they are reportedly working on a new AAA game, are listening to fan feedback and working on new community-driven features for the game including a high contrast mode, an option to adjust icons above a Super Hero’s head, improved clarity regarding mission rewards, as well as better offscreen and ranged enemy attack indicators.

Other options the team are currently working on include the ability to reset the Reassemble campaign and replay it with all current Super Hero’s including skills and gear, as well as a ping system which will allow players to mark items and objects to command companions.

Scot then explained that the team are working on improving four key areas of the game and they include performance and stability, multiplayer and matchmaking, rewards, and late-game content which includes new mission types, regions, and plenty more.

Towards the end of the post, Scot announced the delay to the game’s first new character DLC, explaining that the team are focusing on putting quality first.

Then, speaking about the delay to the game’s next-gen versions, Amos said: “We’ve also made the decision to shift our PlayStation 5 and Xbox Series X/S launch to next year to ensure that we give our team the time to deliver a next-gen experience showcasing all that this game is meant to be.”

Amos explained that players who purchase a next-gen console can play the current PS4 and Xbox One versions via backwards compatibility while benefitting from improved frame rates and faster loading. When the next-gen versions do release, players will be able to upgrade for free.