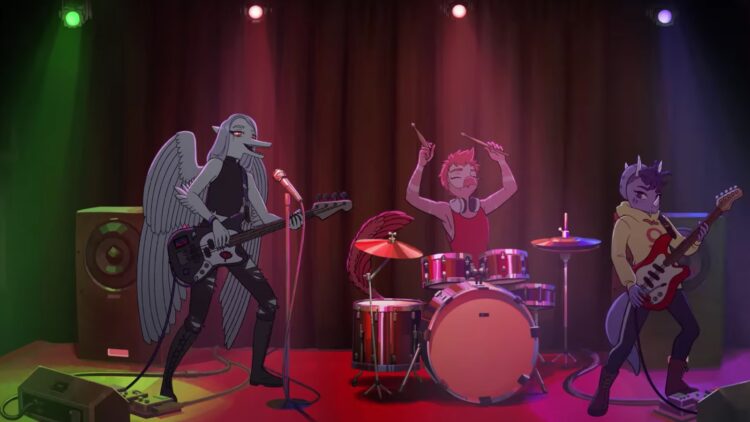 Goodbye Volcano High has been delayed to 2022, developer KO_OP has announced.

The narrative-heavy video game, which was announced at Sony’s Future Of Gaming event last year, was initially set to release this year but has been pushed back to 2022 to provide KO_OP with time to rewrite the game’s narrative and avoid crunch.

KO_OP announced the delay in a tweet that reads: “Kinda goes without saying but making games during a pandemic is hard?

“In addition to Global Events, 2020 saw us rebooting the narrative of our game (You can read more about that in the thread). Those two factors have delayed our release timeline. So we are making what we’re sure is by now an expected announcement: Goodbye Volcano High will be a 2022 title, not a 2021 one.

“It’s been a really hard year for many reasons, and the mental and physical health of the team has to come first. We don’t want to crunch, and we don’t want to put ourselves in stressful situations to finish the game by 2021 when we can just take a little more time.”

KO_OP ended the statement by writing: “We love the community that we’ve fostered through developing Goodbye Volcano High, and we hope it isn’t too much of a bummer to have to wait a little longer for the dino drama.

“Thank you to those who have been supporting us since day one and to those who have joined us along the way. We really appreciate you and your support. We love making this game and we’re lucky we have a chance to make it! We’ll have lots of fun updates we’ll be posting in the coming months that we hope you’ll like.”

While we wait for more information on the game and its release, check out the trailer below: