Jurassic World Evolution 2 Launches On PC And Consoles In November 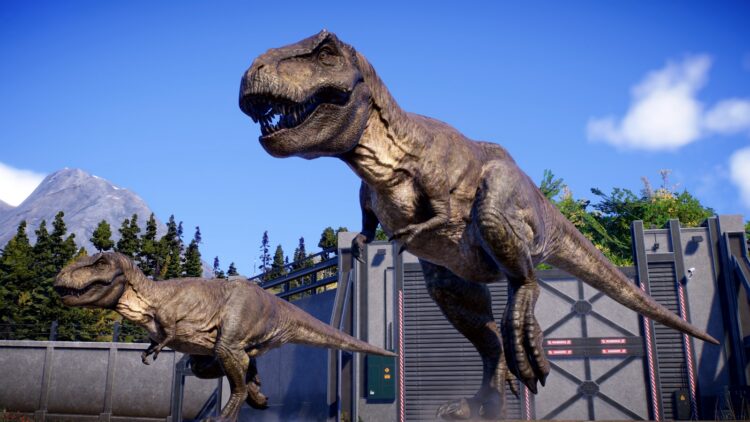 The game, a sequel to the popular dinosaur park management simulator Jurassic World Evolution, will release on November 9 for PC and all PlayStation and Xbox consoles.

Evolution 2 takes place across several distinct environments, including dense forests, rocky deserts, and sunny tropics, all of which come with their own unique terrain and environmental challenges.

The game features a campaign mode with an original story following the events of the upcoming Jurassic World: Fallen Kingdom film. In it, players will need to assist the Department of Fish and Wildlife (DFW) with Claire Dearing and Dr. Ian Malcolm to create new facilities to control, contain, and conserve dinosaurs.

In addition to the campaign, Evolution 2 will have a new Chaos Theory mode, where players can play “What If?” scenarios based on the classic Jurassic World franchise films. Characters from the original films will appear in these scenarios and players will be able to relive iconic moments from their favourite movies.

Finally, Evolution 2 has a sandbox mode, allowing players to freely construct their own dinosaur park. It also comes with a challenge mode to test players’ management skills across numerous missions with varying difficulties.

The game comes with over 75 prehistoric species, including flying and marine dinosaurs, as well as the return of iconic dinosaurs too. The dinosaurs all display new behaviours when interacting with each other, fighting for dominance, and interacting with the world around them. Meanwhile, players can customise dinosaurs with new colours and patterns by altering their genomes.

Jurassic World Evolution 2 will release on November 9 for PC and all PlayStation and Xbox consoles. Players can purchase a standard version of the game for £49.99/$59.99/€59.99 or the Digital Deluxe Edition for £59.99/$69.99/€69.99 with exclusive vehicle skins, six guest building amenity signs, and five additional species.