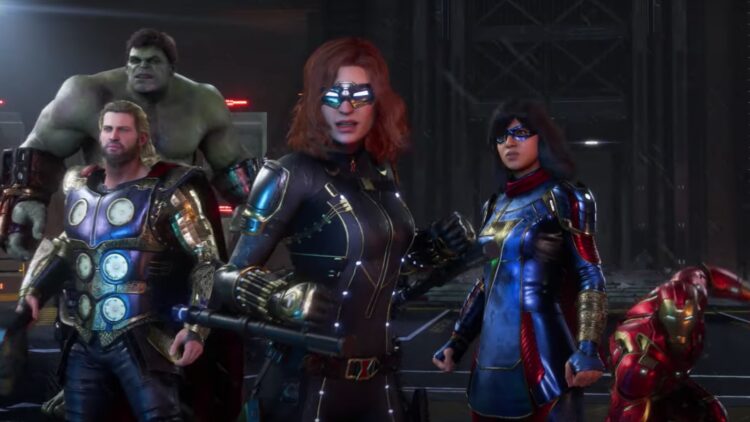 Developer Crystal Dynamics has released an updated roadmap for Marvel’s Avengers, unveiling what new content is coming to the game throughout the remainder of 2021.

The roadmap was shared on Twitter along with an in-depth blog post on the Square Enix website that details the planned updates. September will mark the game’s one-year anniversary, and Crystal Dynamics will celebrate by launching several in-game community activities.

Between September 2nd and 16th, players who log in and complete story-based campaigns such as Reassemble, Taking Aim, Future Imperfect, and War For Wakanda will receive a celebratory nameplate. Those who have already completed the campaigns will receive the rewards retroactively.

In addition, Crystal Dynamics is offering free items in the marketplace. In the first week, players can claim a free Iron Man outfit and an anniversary bundle that includes a Black Panther nameplate, the Hero’s Catalyst, and a Fragment Extractor. In the second week, players can claim a free Thor outfit and another Hero’s Catalyst.

Crystal Dynamics will also launch three in-game community activities in September, including Priority Rush Missions where players can complete on Priority Mission a day rather than once a week. The spawn rate of the Cargo Runner Synthoid will also be increased, and there will be additional rewards for completing Campaign Flashback missions.

If the above isn’t enough, Crystal Dynamics will be running an XP-boosting event and will be offering new MCU-inspired outfits in the marketplace.

Throughout the remainder of the year, Crystal Dynamics confirmed that Spider-Man will launch as part of a new Hero Event exclusive to PlayStation users. The game will also feature bonus XP weekends, several returning events such as Corrupted Vibranium, Red Room Takeover, Tachyon Anomaly, and Cosmic Threat.

The game’s first raid, Discordant Sound, will launch later this year too and will be available to Standard and Elite modes. Players will have to tackle Klaw, with the raid concluding the villain’s story from the War For Wakanda expansion.

In addition to the above, Crystal Dynamics will be adding a new enemy type known as Echoes, introducing a power level cap, a Disney+ Hawkeye nameplate challenge, several earnable cosmetics, and reworked systems for resources and gear upgrading.

In the series of tweets unveiling the Marvel’s Avengers roadmap, Crystal Dynamics revealed that they will share their plans for 2022 when “everything is finalised and the time is right”, and confirmed that they will not be appearing at tonight’s PlayStation Showcase.