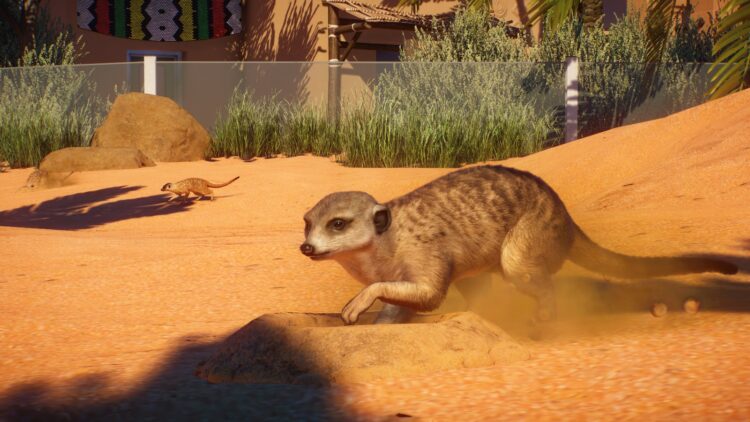 Frontier Developments has today (June 22) released its Planet Zoo: Africa Pack, and here’s everything you need to know about the DLC.

The brand new pack, which is priced at £7.99/$9.99/€9.99, is based around the African continent and features five new animals; meerkats, fennec foxes, southern white rhinos, African penguins, and sacred scarab beetles.

Frontier Developments’ Africa Pack also includes over 180 new scenery pieces for animals and guests, all of which have been inspired by Africa. Items include striking animal statues, colourful tiles, palm trees.

The new pack also comes one new challenge zoo that takes place in a picturesque oasis bazaar where players will need to manage heat, research sustainable options, and more.

Alongside the release of the pack, Frontier Developments has released a free update that has added the ability to search for specific animals, additional filters, expanded storage limitations, updated UI, expanded sandbox customisation, zoo cameras, a new timed scenario, audio speaker options, changes to bear habitat requirements, and so much more.

All Planet Zoo packs including the new Africa DLC can be bought on Steam. You can watch the trailer for the new DLC pack below: