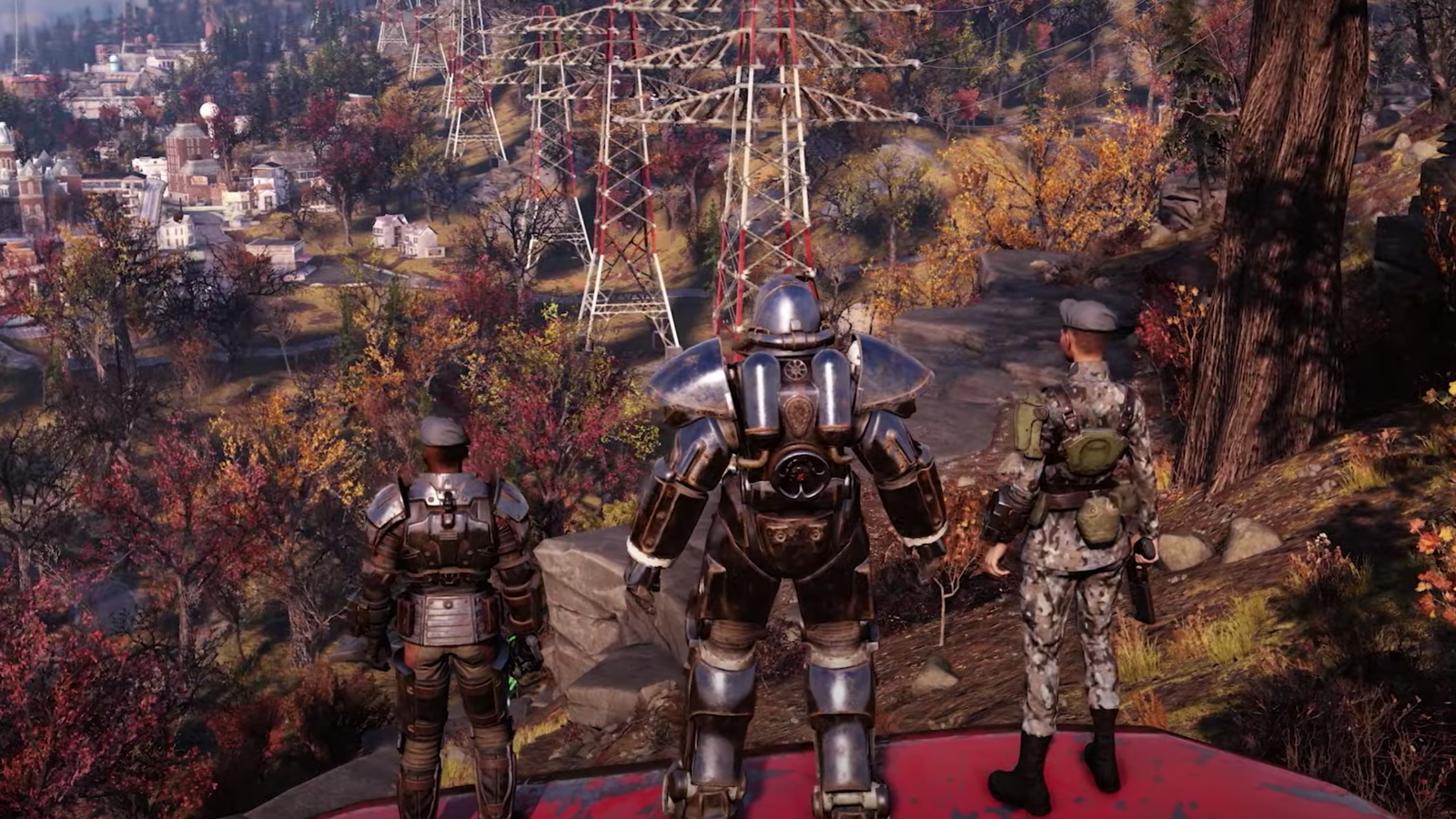 Bethesda has announced that its upcoming free Fallout 76 Steel Dawn update will launch next month.

After releasing a teaser for the new update last month, Bethesda has shared a new trailer for its Steel Dawn update, which sees the Brotherhood of Steel come to Appalachia, and has revealed that the update will launch on December 1st for all players.

According to Bethesda, the new update is the first chapter of a wider Brotherhood of Steel questline and Steel Dawn will expand on the title’s earlier Wastelanders update while adding new NPCs, weapons, armour, C.A.M.P. shelters, and locations such as a new vault.

The gameplay trailer released today, which you can watch below, features new NPC Paladin Leila Rahmani who arrives in Appalachian with group troops Knight Shin, Scribe Valdez, and many more. The group were sent from California on the order of Elder Mason to reclaim the region for the Brotherhood.

In addition to the new update, Bethesda is releasing its Brotherhood Recruitment Bundle which is available for purchase separately with real-money. The bundle will include Brotherhood of Steel-inspired C.A.M.P. items like the Brotherhood Scouting Tower, Barricade, and Barracks Locker along with the Brotherhood Reclaimed Power Armour Paint, Tactical Field Pack, and a Salute Emote too.

Fallout 76’s Steel Dawn update will be followed by Season three on December 15th which, according to Bethesda, features several “rank-up rewards for you to claim”, as well as additional quests, and weekend events to enjoy through to the end of the year and beyond.

If that isn’t enough, Bethesda is running a sale on Mystery Picks as well as several limited-time events up to November 17 in celebration of Fallout 76’s second birthday. Over the next week, players will be able to earn S.C.O.R.E., rank-up, and claim rewards more quickly by completing two extra Daily Challenges and two extra Weekly Challenges in addition to ordinary Challenge line-ups.