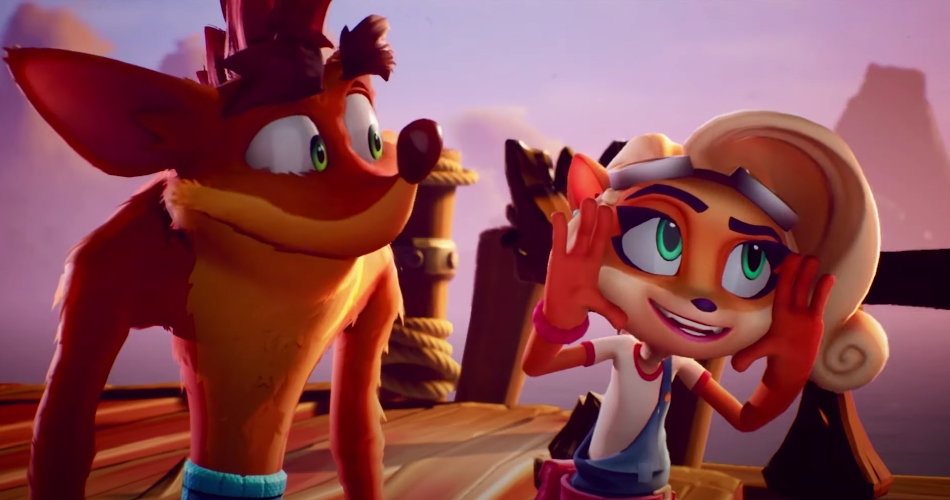 The game, which is the first direct sequel to Naughty Dog’s original trilogy in more than 20 years, is a single-player game which follows Crash and Coco as they race through multiple dimensions to stop Cortex, Uka Uka, and N. Tropy.

Alongside Crash Bandicoot 4’s single-player campaign, the game will also feature two local multiplayer modes, but no online multiplayer. As revealed by IGN, the two multiplayer modes will allow up to four players and users will be able to play Crash, Coco, Fake Crash and new character Fake Coco.

The first of the two modes is Battle Bandicoot, a competitive mode which consists of two games; Crate Combo and Checkpoint Race.

Finally, like classic Crash time trials, you’ll have to smash yellow crates throughout the race to freeze the timer for one, two, or three seconds to help you achieve a faster time.

The other competitive mode is Crash Combo which, like Checkpoint Race, tracks your progress between checkpoints. In this mode, however, you’ll have the score the most points by smashing as many crates as possible.

Every crate you smash you will give you a random selection of points up to a value of 32 points per crate. As you race between checkpoints (Or die), you’ll need to keep your score up and if you fail to hit any crates before a timer runs out, your points will be reset to zero and you’ll have to start working your way back up.

The game also features a unique co-op mode in which up to four players can work together to progress through the game’s main single-player campaign. This mode requires players to pass the controller around, allowing everyone to try their hand at the game’s campaign.

Users are able to play the ordinary versions of levels or play in the N. Verted mode which offers unique visuals and gameplay mechanics for each level in the game.

Crash Bandicoot 4: It’s About Time launches on PS4 and Xbox One October 2nd.