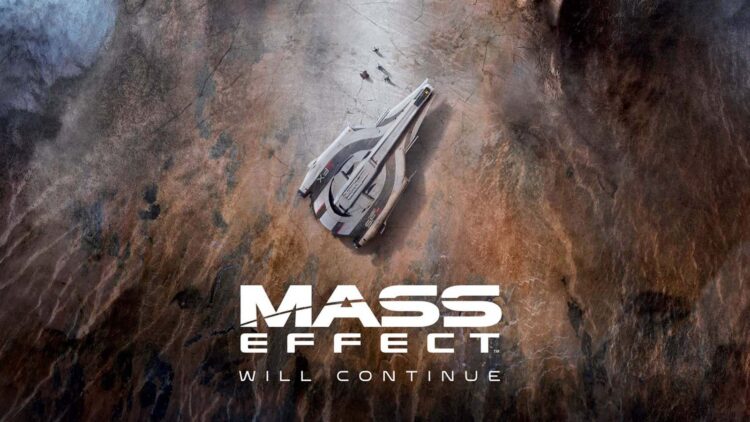 BioWare has shared a new development update for its upcoming Mass Effect and Dragon Age 4 games.

In the development update, BioWare General Manager Gary McKay highlighted the success of Mass Effect Legendary Edition and thanked fans and the press for their feedback on the collection. Explaining that the studio has had to adapt to a new way of working and take on new tools to aid them, McKay stated that BioWare has been working hard on both upcoming games.

He said: “I’m seeing some incredible work from both teams. If you’re curious about Mass Effect, I’d encourage you to take a look at the poster we released on N7 Day. If you look closely, there are a handful of hidden treats; by my count, there are at least five surprises, all of which point to an amazing future in the Mass Effect universe.”

The comments refer to the poster BioWare published on the official Mass Effect Twitter account back in early November, which shows a group of explorers making their way to an impact crater.

Then, speaking about the upcoming Dragon Age game, McKay continued: “As for Dragon Age, we have a veteran group of talented developers working on the next iteration of the franchise. We are focused on a single-player experience that is built on choices that matter.”

In addition to the above, McKay revealed that the studio will be releasing the Legacy Of The Sith expansion for Star Wars: The Old Republic on February 15th, which will provide players with more combat style choices and a new storyline that sees players return to “the underwater depths of Manaan and the ruined Sith fortress on the planet of Elom”.

Further on in the development update, McKay explained that he took on the role of General Manager to rebuild BioWare’s reputation, stating: “We are laser-focused on building back the trust of our fans and community, and we plan to do that by delivering the types of games that we are best known for and ensuring the highest quality.

“Our mission is to ‘Create worlds of adventure, conflict, and companionship that inspire you to become the hero of your story.’ We want the launch of our games to be seminal moments in the industry. We want each game to earn the kind of reaction we’ve seen with Mass Effect Legendary Edition. We feel that we have the right people, the right creative focus, and the support from EA to deliver on the promise.”

McKay ended the development update by expressing excitement over what BioWare has been working on and promising that the studio will share more in the future.