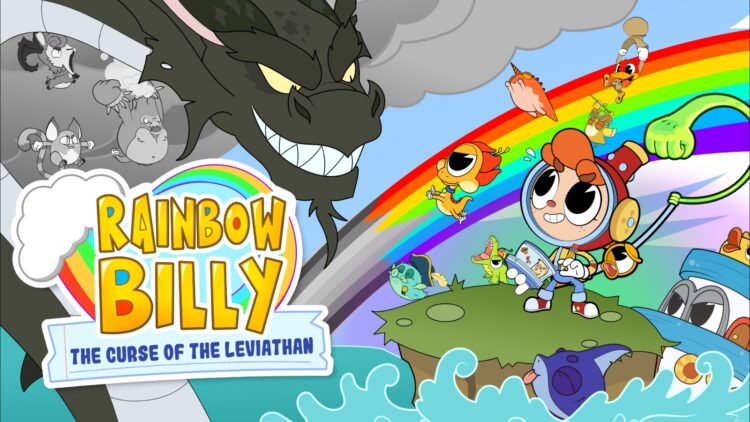 Developer Manavoid Entertainment has announced that its wholesome platformer Rainbow Billy: The Curse Of The Leviathan is launching on PC and consoles next month.

The family-friendly 2.5D adventure game follows Billy as he explores the World of Imagination and uses the power of empathy and acceptance to make friends and help bring back colour to the world after the evil Leviathan banishes all colour and leaves its inhabitants anxiety-ridden.

Rainbow Billy has been described as a coming of age story about self-acceptance and dealing with change in the world. Billy, armed with empathy, a talking fishing rod named Rodrigo and their boat Friend-Ship, vows to restore the World of Imagination.

On his journey, Billy will have to complete puzzles and discover secrets to explore the World of Imagination, which is made of several islands, including the prehistoric Dinoland peninsula, the icy Frightfrost Mountain, the haunted Sunken Harbour, and the mysterious golden temple of the Sanctum of Self.

The game isn’t violent, and Billy and friends must try to resolve the situation with empathy, although some creatures may try to trick Billy and his friends. The adventure platformer includes a fishing mini-game and has several accessibility features for colour blindness support, single joystick controls, and a Dyslexia-friendly font.

Rainbow Billy: The Curse Of The Leviathan will release on October 5th for PC via Steam, and on PlayStation and Xbox consoles. A Nintendo Switch version will release at a later date. Check out the trailer for Rainbow Billy below: