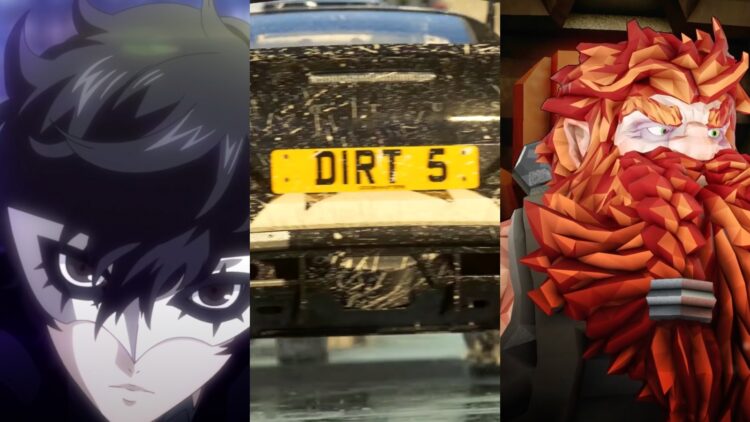 Sony has announced the first PlayStation Plus games of 2022.

From Tuesday, January 4th, 2022, PlayStation Plus subscribers will be able to claim the following three free games; Persona 5 Strikers, Dirt 5, and Deep Rock Galactic. Learn more about the January PS Plus games below.

December 2021’s PlayStation Plus games are still available to claim until Monday, January 3rd, 2022. As we reported, the games include LEGO DC Super Villains, Mortal Shell, and Godfall: Challenger Edition. Subscribers can also claim three VR games Until You Fall, The Persistence, and The Walking Dead: Saints & Sinners.

Deep Rock Galactic is a co-op multiplayer first-person shooter developed by Ghost Ship Games. The game, which was released for PC and Xbox One in 2020, will launch in January 2022 for PlayStation consoles as a PS Plus game. In Deep Rock Galactic up to four players work together to explore procedurally generated cave systems on the planet of Hoxxes IV, defeat mysterious enemies, and complete various missions.

Persona 5 Strikers is is a role-playing game by Omega Force and P-Studio. A crossover between Dynasty Warriors and Persona 5, the game is set a year after Persona 5 and follows Joker and the Phantom Thieves Of Hearts as they investigate a string of mysterious events.