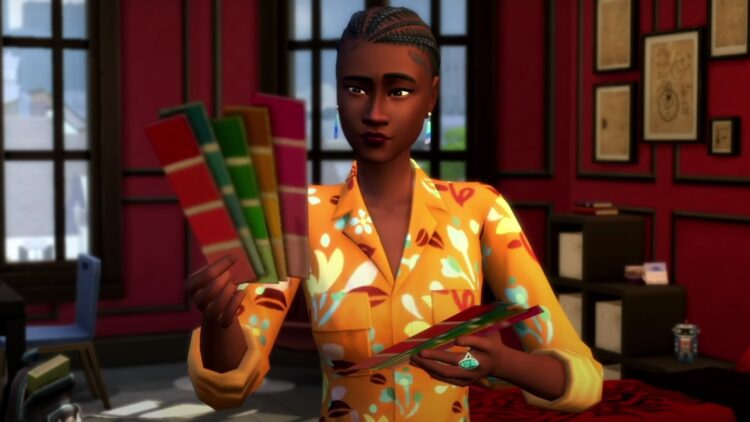 Maxis has announced a brand new game pack for The Sims 4.

After sharing a string of social media posts hinting at a new creative career path in The Sims 4, Maxis has officially announced its brand new game pack The Sims 4: Dream Home Decorator, which is set to release June 1st.

The new game pack will allow players to renovate and decorate other sims’ houses. When playing with the new interior design career, players will receive requests from clients and will need to redesign parts of their home according to their needs, preferences, and budget.

The official description for the game pack states that the career will see players revamp single rooms, entire lots, and commercial spaces too, with clients response to revamps depending on how much you listened to their likes and needs.

The new pack will release on June 1st for PC, Mac, Xbox One, Xbox Series X and S, PlayStation 4, and PlayStation 5 too. The pack is part of Maxis’ Summer Of Sims roadmap which has teased new content releases between May and July.

During the latest Inside Maxis stream, the development team confirmed that they are exploring the introduction of pronouns, a feature that has long been requested by fans.

SimGuruDoi explained in the stream that the Sims team cannot yet confirm anything, but that they’ve been looking into adding gender-neutral language for a long time and have hit difficulties regarding the translation of pronouns. More details should be expected in the coming months.