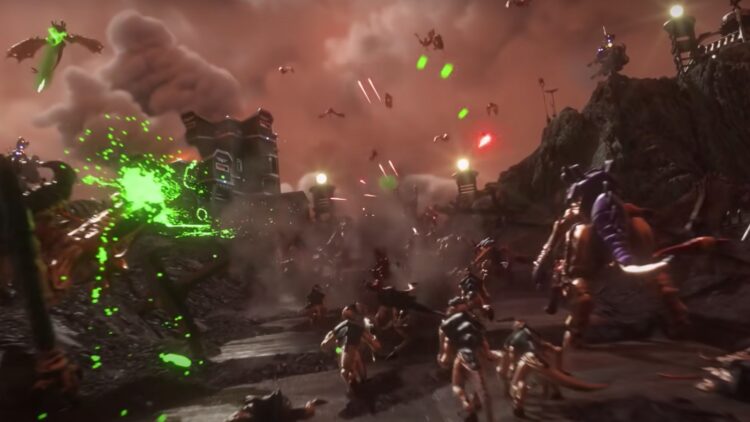 Developer Black Lab Games and Publisher Slitherine have announced that the critically acclaimed turn-based strategy game Warhammer 40,000: Battlesector is launching on PlayStation and Xbox next month.

The game, which launched on Steam back in July, whisks players away to the 41st Millennium that explores the aftermath of the Devastation of Baal, where Sergeant Carleon and allies must purge the Tyranid infestation on Baal Secundus and preserve the honour of the noble Blood Angels.

The console versions will include full trophy and achievement support, as well as an updated user interface and a new control scheme designed specifically with consoles in mind. What’s more, the game will be expanded over the coming months with DLC that includes new modes, factions, and maps.

The first DLC pack will be Warhammer 40,000: Battlesector – Blood Angels Elite, which gives players access to Assault Terminators with the Deep Strike ability and Sanguinary Guard with the Jump Pack for quick traversal.

The second DLC pack will be Warhammer 40,000: Battlesector – Tyranid Elites, which adds the Broodlord melee warriors and the ranged-based Hive Guard.

Warhammer 40,000: Battlesector‘s campaign will include twenty missions, has a Skirmish Mode, and it features multiplayer too, allowing players to partner with or take on their friends. If that’s not enough, the game requires you to build your armies and utilise over 60 abilities and 50 weapons against opponents.

Slitherine will host its Slitherine Home of the Wargamers Live + event on December 14th where the organisation will share a look at some of the upcoming factions joining the game in 2022.

Warhammer 40,000: Battlesector will release on PS4, Games For Windows, and on Xbox One and Series consoles on December 2nd. The game will also be available via Game Pass. Check out the trailer below: