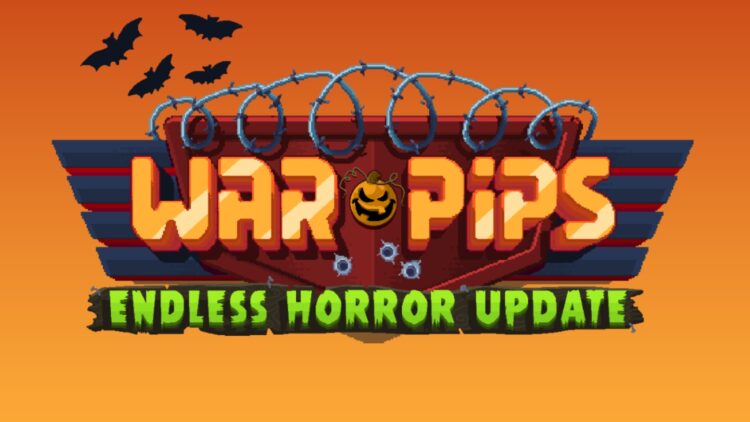 The game, which was released back in April this year, sees players assemble an army of vehicles and infantry, and send them into explosive battles. Utilise a diverse roster of vehicles, aeroplanes, and more to deploy troops, launch missiles, and call airstrikes.

Warpips is comprised of rounds that last between ten to twenty minutes. Each battle is completely randomised, making the game different each time it’s played while offering plenty of replayability.

The game focuses primarily on strategy, featuring a fully unlockable upgrade tree. It also features incredibly tight combat that requires players to spawn their army, call down airstrikes, missile attacks, and artillery, while taking cover and responding to each situation.

The brand new Halloween-themed Endless Horror update, which features the new Endless Mode that has no end. In it, players are required to beat their own local high score per map with the ability to post their results to a special leaderboard in the official Warpips Discord.

Alongside the new mode, the update introduces balance changes for the Endless and Conquest Modes as well as a spooky music track. The update also includes a Halloween-themed start-up screen as well as randomly generated Halloween props, like tombstones, pumpkins, coffins, and more.

The Warpips Endless Horror update is available now until November 5th, and Warpips can be bought on Steam now. Check out the trailer for the new update below: