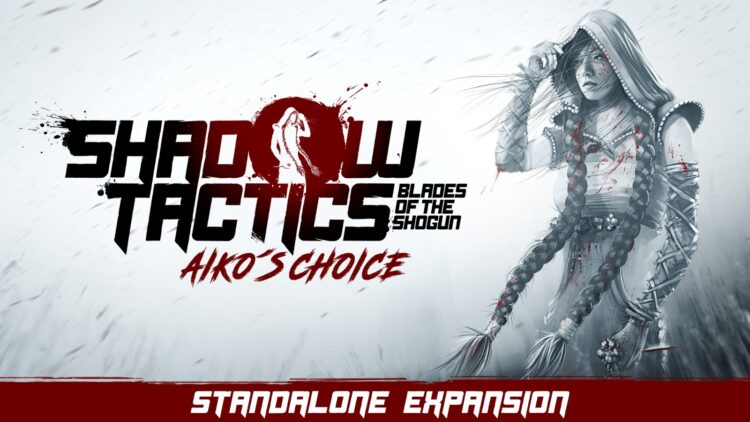 Developer Mimimi Games has announced the release of a new expansion pack Shadow Tactics: Blades Of The Shogun.

The brand new expansion is titled Aiko’s Choice and will release on December 6th to coincide with the game’s fifth anniversary. The expansion is a standalone release, which means a copy of the full game isn’t required, though developers have recommended new players complete the first few missions of the main game first.

The stealth game is set in Japan during the Edo period when a new Shogun seizes power over the country and enforces nationwide peace. To combat rebellion, the Shogun recruits five specialists with skills in sabotage, assassination, and espionage.

Players play as characters Hayato, Mugen, Aiko, Yuki, and Takuma, each of which has their own unique set of skills. Players will need to control them and force the characters to work as a team to infiltrate castles, mountain monasteries, and camps to defeat enemies.

The brand new Aiko standalone expansion sees players return to Japan, where they accompany Aiko and her assassin friends to hunt down the ghosts of her past when former sensei Lady Chiyo reappears and challenges her.

Aiko’s Choice features three new main missions and an additional three shorter missions, all of which are set in new environments. Players must plan their attacks and every move they make to overcome a series of tough challenges and uncover Aiko’s past.

The Shadow Tactics: Blades Of The Shogun Aiko’s Choice expansion pack releases on December 6 and is available for pre-order on Steam. You can check out the trailer for the new expansion below: