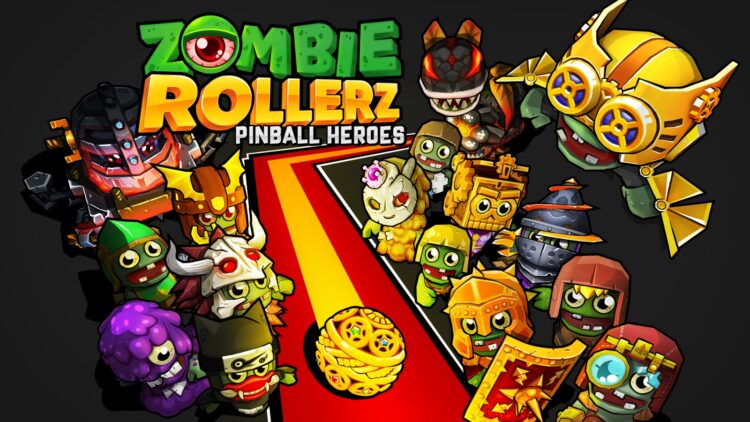 In the game, players will need to take on hordes of zombies by playing as any of the Zombie Rollerz’s ten heroes, each of which have their own special ability to shoot zombies. What’s more, the game has hundreds of unique powers and items that players can use to tackle the dangerous zombies.

The game features four worlds that can be explored via the game’s overworld map. Each world is randomly generated to ensure that no single playthrough is the same, and the rogue-like elements will require players to adapt in order to succeed.

If the above isn’t enough, Zombie Rollerz has a total of 11 bosses that will require precision and careful ability management to defeat.

Zombie Rollerz: Pinball Heroes will release on PC via Steam and Nintendo Switch later this year, and you can watch the trailer for the game below: