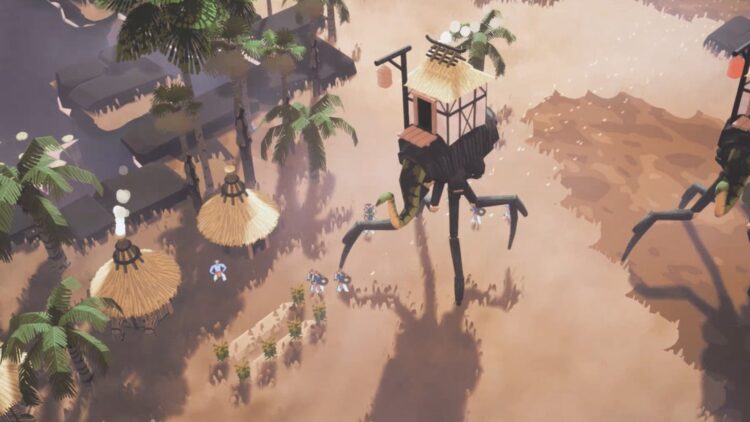 A demo for indie roguelite village-builder Kainga: Seeds Of Civilization has been released today.

The brand new game, which is being designed solely by Erik Rempen, was announced last month with the launch of a Kickstarter campaign to help fund the project. The campaign’s first target completed earlier this month, and the campaign is well on its way to clear its second target.

Kainga: Seeds Of Civilization is set in the mysterious world of Kainga where gigantic beasts and wildlife wander freely. Players will play as the Thinker, the leader of the villager, who is tasked with making important decisions to grow a simple campfire into a flourishing village.

Players will need to adapt to the procedurally generated environment and surroundings and make the right decisions to help the village’s people, who are incredibly weak and vulnerable, flourish. As the Thinker, players will need to make the right decisions and commands and, although the village’s citizens are expendable, players that fail as the Thinker lose the game.

Thankfully, the game has been designed to play in short bursts of 30 minutes or one hour, with each run featuring new diverse locations to explore. Since the game is a roguelite, some form of progression is carried over into subsequent runs, including unlocked new technology, biomes, and challenges, as well as Karma, which is used to purchase advanced structure types.

Players will need to build various structures, learn to live with Kainga’s wildlife and giant beasts, train units and tame beasts, research technology, customise their village and its culture, and ultimately adapt to survive whatever challenges the world of Kainga brings.

Kainga: Seeds Of Civilization has no official release date other than sometime this year, but you can add it to your Steam wishlist.