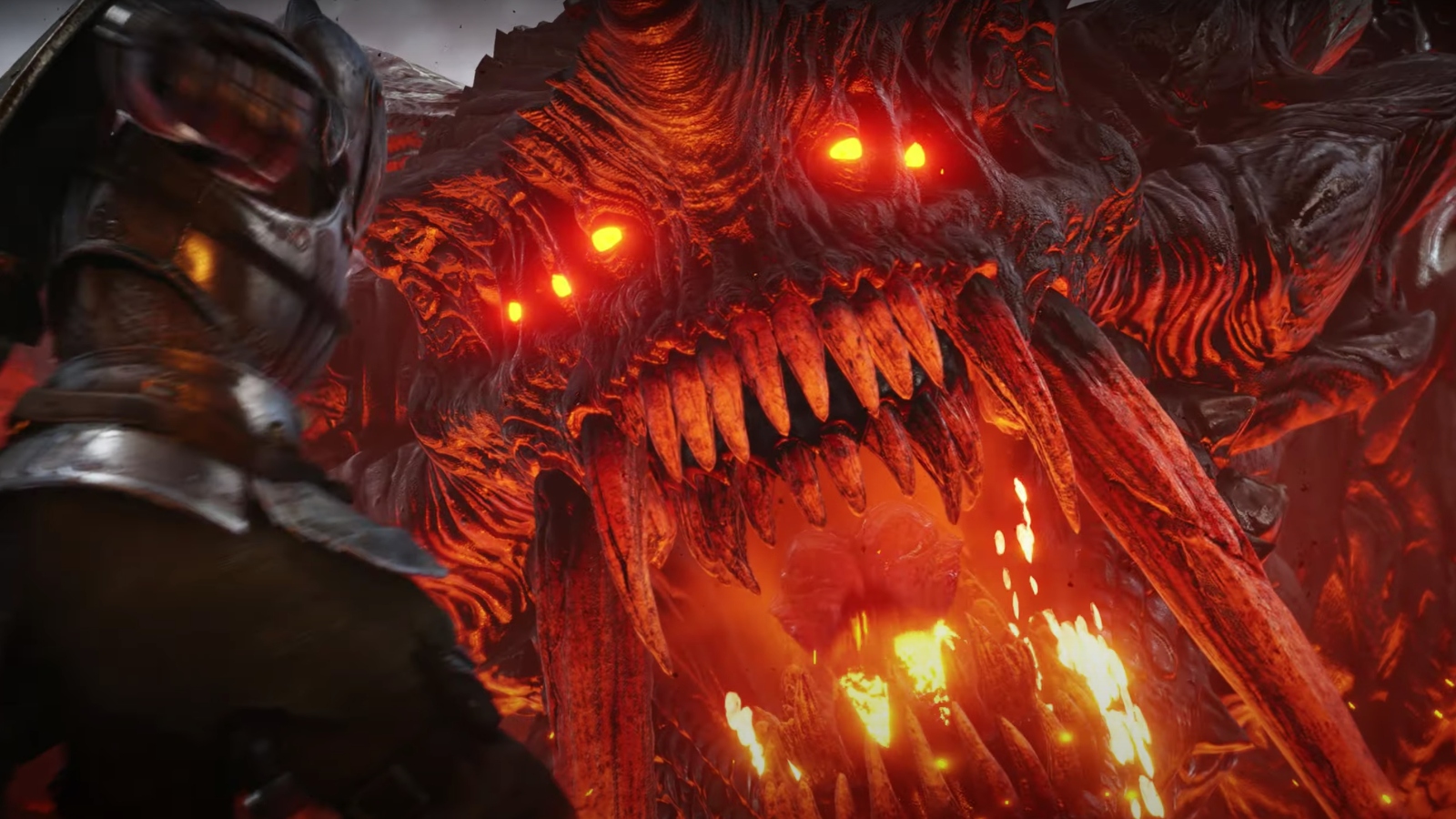 With only a few weeks to go before the official launch of the PS5 and Demon’s Souls, several media outlets were given a closer look at the game and unveiled a slew of new information on the title.

Sony began the landslide of news with a new post on the official PlayStation Blog by SIE Worldwide Studios Creative Director Gavin Moore, dropping a new five-minute gameplay trailer alongside it.

The new trailer offers a deeper look into the lands of Stonefang, one of the five realms that can be explored in Demon’s Souls’ world of Boletaria.

The new gameplay sees the player navigate the tight tunnels and molten caverns of an underground mine while taking on frightening enemies before going head-to-head with the Armor Spider and Flamelurker bosses, all of which has been recreated in extensive detail.

The end of the trailer also shared clips of various other environments and enemies that can be found in Demon’s Souls when it launches November 12th for the PS5.

Everything That’s Changed in Demon’s Souls For PS5

Shortly after Sony’s post, Polygon published an interview with Gavin Moore in which it revealed what Bluepoint Games and SIE Japan Studio has changed and what they’ve kept the same as the original PS3 classic.

In Polygon’s interview, Moore that the developers worked hard to “keep the core of the game untouched”, including the gameplay, AI, and logic, before stating that everything else was “stripped away”.

While the remake remains true to the original game, it includes a series of changes. For example, the remake introduces plenty of new content including weapons, armour, and rings, as well as new consumables like Grains which offer temporary resistance to in-game effects.

Inventory management played an important role in the original game and now in the remake, forcing players to manage how many items they can carry at a time.

In the original PS3 title, players could easily carry hundreds of healing grass items but in the remake, the healing items will be more limited and more powerful grasses like the Full Moon Grass will weigh more, forcing players to manage their item inventory.

According to the interview, this was done to help balance the game’s difficulty when it came to player-versus-player fights in which users could consume numerous healing items to drag out fights.

Meanwhile, Moore revealed that the PS5’s SSD will mean load times after death will take significantly less time and that players will be able to feel parries and attacks through the DualSense controller’s haptic feedback.

“You really feel metal striking through your controller. It’s a triumvirate: audio, visual, and tactile all working together at the same time, and it makes a big difference to the gameplay. So when you do a parry, you feel it in your hands before you kind of visually see it, and it’s that split-second reaction time, it gives you that little edge that you need, that can actually make the game slightly easier than people think. Because you’re feeling the world.”

More than revealed that the game, which will take up a good chunk of the PS5’s SSD, can be played in two main modes; a cinematic mode in 4K at 30 frames-per-second, and a performance mode with dynamic 4K at 60 frames-per-second.

In addition, the remake will come with a photo mode – through which players can pause the game – as well as a range of filters which users can play the game in. This includes a black and white filer, a noir filter, and a PS3-style filter.

Regarding what’s stayed the same, Moore confirmed that the game will have five explorable regions, all of which can be accessed through archstones in the game’s Nexus hub world.

A sixth archstone exists in the original game and is thought to lead to an entire area cut from the game. Although the sixth archstone is present in the remake, the cut content has not been restored.

Moore also confirmed that, despite numerous pleas from a small group of fans, the Demon’s Souls remake will not have a difficulty setting, believing that the remake offers a fair enough challenge.

Polygon’s interview with Moore also confirmed the return of the Tendency system in which certain events occur throughout the game depending on player’s actions, and that the dialogue, although rerecorded, has remained the same and even features many of the original game’s voice actors.

Demon’s Souls launches on the PlayStation 5 on November 12th, a week before the console’s official launch in Europe and other parts of the world. You can pre-order a standard and digital deluxe edition of the game, the latter of which comes with several exclusive items.

You can read Polygon’s full interview with Gavin Moore here.