What Happened To The Sly Cooper Movie? 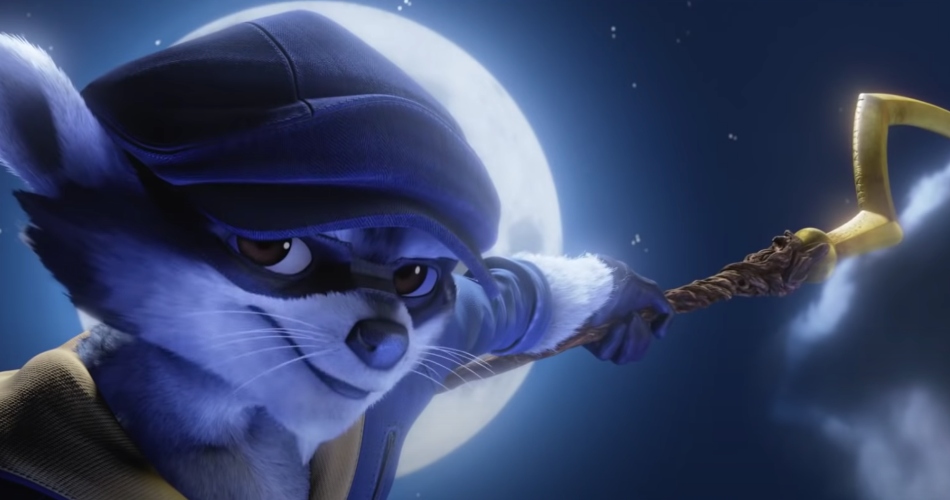 Back on January 28th, 2014, the Sly Cooper movie was announced on the PlayStation Blog with a short teaser trailer. The film, which would cover the first game Sly Cooper And The Thievius Raccoonus, was set to launch in 2016. Now, more than four years later, the film is non-existent and has seemingly disappeared, so what happened to the Sly Cooper movie? Let’s take a look!

Is The Sly Cooper Movie Cancelled?

The Sly Cooper movie is most likely cancelled. Since its official announced back in January 2014, the film ran into numerous issues. Although producer Brad Foxhoven claimed that he, then-director Kevin Munroe and developer Rainmaker Studios managed to “nail” the look and feel of the film within a few months of development, the film for some reason never entered production.

In an interview at WonderCon 2016, Munroe revealed that the film hadn’t yet entered production, despite it being scheduled to release that very same year.

The movie was set to follow the release of the Ratchet & Clank film which opened in April 2016 alongside Zootopia and The Jungle Book remake but quickly became a disaster as it failed to make money and was slammed with bad reviews from critics.

The Characters And Voice Actors

While in production, it was confirmed that Sly, Bentley, and Murray would all appear along with Carmelita Fox and Clockwerk. Reports claimed that more characters and villains, particularly those from the Fiendish Five, were planned but never officially confirmed.

What’s more, both Bentley and Murray retained their previous voice actors Matt Olsen and Chris Murphy. However, Kevin Miller, the voice of Sly throughout all four games, was not asked to return and was instead replaced by Ian James Corlett.

That, along with some design choices made by developers, led to a series of complaints regarding the film. However, the film’s casting was never finalised and was subject to change.

As a result of Ratchet & Clank’s poor performance, Rainmaker Studios, which also worked on the Ratchet & Clank film, lost $5 million and President Michael Hefferon issued a statement saying that the studio needed to rethink the timing of their film releases, how they released films, and how they budget them.

Although the poor reaction to Ratchet & Clank seemed to have created a hurdle, the project reportedly entered development in early 2017. In January of the same year, Rainmaker Studio shared a new teaser on YouTube but the previous 2016 release date was replaced with the words “The Movie”, hinting that things were well on their way.

Unfortunately, a Twitter user named MohamadGamez messaged Rainmaker Studios in June of the same year on the social platform asking about a potential 2018 release date for the film, and the company responded by confirming they were no longer working on the film.

The message from Rainmaker Studios reads: “We are no longer producing Sly Cooper, we may take part in its productions in the future but not at this time. Thanks for your interest!”

Several months later, in November 2017, all mentions of the Sly Cooper movie was removed from Rainmaker Studios’ website, and the studio officially announced their departure from the project a month later and sold its rights to four other partners. As a result of Rainmaker Studios’ departure from the project, director and writer Kevin Munroe also left.

Since then, there have been no further updates regarding the film, suggesting that it is indeed cancelled. Fortunately for Sly fans, there’s something else to look forward to; the Sly Cooper television show.

The television show’s official website revealed that a total of 52 episodes at 11 minutes in length were ordered for the show’s first season but split into two parts with the first airing in October 2019 and the second in July 2020, but the news was quickly removed from the site.

Much like the Sly Cooper movie, the television show seemed to run into some production trouble. Since its official announcement, the show has been removed from the Technicolor Animation Productions’ website and removed from distributor PGS Entertainment’s website too.

Will We Ever See Anything New From The Sly Series?

Despite the bad news, there’s hope that something will happen. Sony Interactive Entertainment announced in May 2019 that it had opened a film and television production studio in California known as PlayStation Productions which will be used to produce projects based on Sony PlayStation’s video games.

This has led to speculation that the Sly Cooper movie and television show will be produced under the studio, particularly since the upcoming Uncharted film starring Tom Holland was moved under the studio after several years of development hell.

At the time of writing, nothing has been confirmed so we can only theorise and wait. If a Sly Cooper movie or television show is on the way, we may also see a remaster or reboot of the games or even a brand new sequel. Until then, we’ll have to stick to playing the four main titles, all of which can be played on PS4 consoles – just click here to find out how.