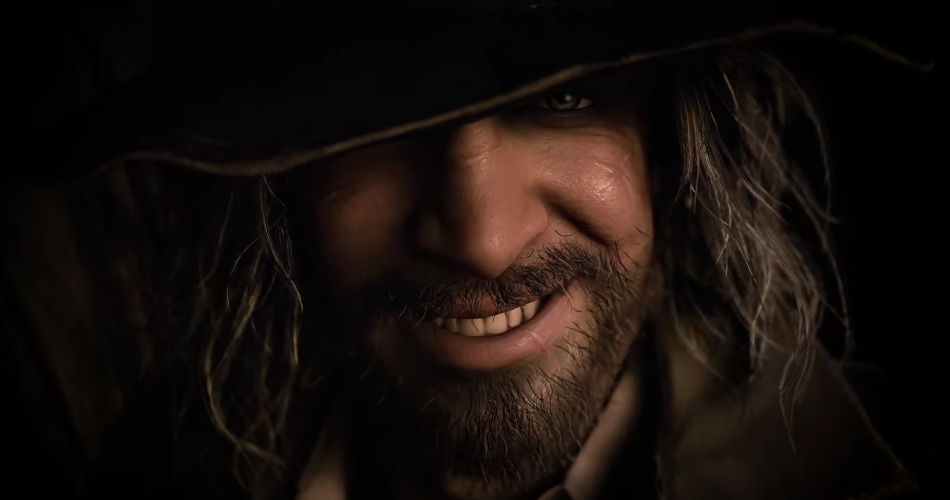 The game, which was heavily rumoured ahead of the showcase, is a follow-up to Resident Evil 7: Biohazard and follows Ethan Winters as he is whisked away to a mysterious snowy location known as the Village, of which the game is named after.

As shown from the announcement footage, Resident Evil: Village will retain the first-person perspective from Biohazard but reports indicate that the game is set to be darker and more disturbing than previous instalments.

The trailer confirmed this, offering an in-depth look at the game’s main location; the Village, as well as glimpses at some of the game’s new grotesque enemies as well as other locations. Spotted enemies included a deformed werewolf and what might be a witch.

The short trailer ended with Chris Redfield apologising to Ethan before shooting and killing his wife Mia. It’s currently unknown why Redfield has done this and what implications it will have on the rest of the story.

An official description from Capcom reveals that the game is set several years after the events of Biohazard and focuses more on exploration. It reads:

“Taking place a few years after the events of Resident Evil 7: Biohazard, in which protagonist Ethan Winters travelled to Louisiana to search for his missing wife, Mia, Resident Evil: Village sees the reunited Mia and Ethan living happily together and putting their shared nightmares of the Baker’s plantation house behind them.

“Finally able to move on from those horrifying events, Ethan’s world suddenly comes crashing down once again when Chris Redfield, an unexpected yet familiar face makes an appearance, setting off a chain of events that sees a distraught Ethan seeking answers to Chris’ shocking actions… and ultimately finding him in a mysterious village.”

The description continues: “The return of a first-person perspective will bring a visceral edge to combat, as well. Each encounter is a personal fight for survival against terrifying foes, forcing you to keep a watchful eye on the environment and constantly looking for resources and enemies in unknown territory.

“With a greater focus on combat and exploration compared to Resident Evil 7, the village itself is just as important a character as any other, a location with a life of its own that will frequently keep you on edge as you discover its secrets.”

Shortly after the game was announced, Village producers Tsuyoshi Kanda and Pete Fabiano revealed further details of the game.

The pair highlighted how the Village plays an essential role in the game, acting almost like a character in itself, before revealing that the latest instalment has been developed using the same RE engine Resident Evil 7 and the remakes of Resident Evil 2 and 3 were built on.

The producers shared key art of Chris Redfield, giving him a darker appearance than previous instalments. Also shown were screenshots of the game’s first-person perspective as well as Village’s inventory screen which greatly resembles previous releases. Kanda and Fabiano ended the message by confirming that more info will be shared over the summer.

Resident Evil: Village is set to launch on the PS5, Xbox Series X and PC in January 2021. You can watch the developer message below: