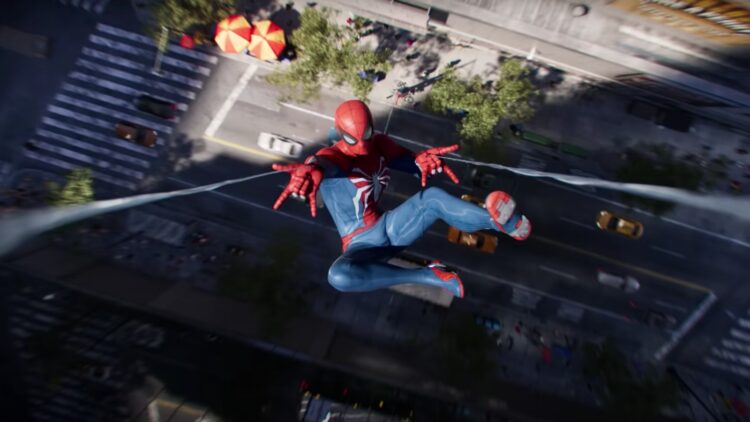 There’s no doubt that Insomniac Games are working on Marvel’s Spider-Man 2 game. Before its official announcement and release, we thought we’d put together a list of five villains we’re hoping might make an appearance in the game.

Marvel’s Spider-Man and its spinoff Miles Morales featured a slew of villains from the Spider-Man universe. The two games have teased the arrival of several other enemies, including the Green Goblin, the Lizard, and Venom. We’re omitting them from our list, but here are the villains we’re hoping we might see in the upcoming sequel and beyond:

The original Kraven the Hunter (Sergei Nikolaevich Kravinoff) is one of Spider-Man’s biggest villains. Skilled in hand-to-hand combat, Kraven, who is the half-brother of the Chameleon, is widely regarded as the world’s greatest hunter and is determined to kill Spider-Man whom he sees as his equal.

In the comics, Kraven joins Doctor Octopus’ Sinister Six and repeatedly comes close to destroying Spider-Man, even burying him alive and impersonating him. He eventually commits suicide before being resurrected by the rest of the Kravinoff family through a ritual using Spider-Man’s blood. In the most recent run of The Amazing Spider-Man (2018), Kraven creates 87 clones and forms a group known as the Sons of Kraven.

Kraven would make a great addition to Marvel’s Spider-Man. Similarly to the way the Taskmaster was used for challenges in the original 2018 game, Kraven could set up aerial, combat, and stealth challenges and traps for Peter and Miles in his attempts to catch them.

Mysterio is one of Spider-Man’s most famous villains, having been around since issue #13 of the original The Amazing Spider-Man run by Stan Lee and Steve Ditko. The villain, real name Quentin Beck, is a master illusionist, actor, and criminal. Mysterio has been responsible for numerous memorable and trippy moments in the Spider-Man comics and was famously used in the 2002 Spider-Man 2 video game as well as the most recent MCU Spider-Man film Spider-Man: Far From Home.

A member of the Sinister Six, Mysterio in the comics recently faked his suicide and began production on a film with Mary Jane Watson. The film was a success for Mysterio and MJ, partially due to an attack by the Savage Six when led by the Vulture, all of which was caught on tape.

Mysterio could work as a great main villain in Marvel’s Spider-Man 2 or could work great as revamped Hideouts, which Mysterio could fill with illusional enemies, either basic thugs or advanced illusions of bigger villains Spidey’s already faced in the game’s universe, like Shocker or the Lizard.

The Chameleon could add some great gameplay segments to Marvel’s Spider-Man 2 that involve working out who the Chameleon is posing as and stopping him. This could lead to some interesting puzzles and could act as nice breaks from traditional combat gameplay.

The Sandman is a Spider-Man and Fantastic Four villain who can control and manipulate sand. Known as William Baker or Flint Marko, the Sandman has been part of several teams, including the Sinister Six. In the comics, he briefly worked as an anti-hero before returning to a life of crime.

The Sandman appeared in 2007’s Spider-Man 3 and in the MCU’s Spider-Man: Far From Home where he was an illusion created by Mysterio. Most recently in the comics, the Sandman lost the ability to take human shape and was taken over by a future version of himself. He worked with Spider-Man to take out his future self before leaving the web-crawler to try and get used to his new non-human, blob-like form.

Having the Sandman as a villain in Marvel’s Spider-Man 2 could provide some interesting gameplay involving sand-like particle effects. Battles against Sandman would require thinking, as Peter and Miles wouldn’t be able to fight him physically. It would also require the game’s developers to find new unique, sand-filled locations for said battles, which would make for a nice change from the concrete streets of Manhattan!

Morbius, the Living Vampire is one of Marvel’s stranger villains. Dr Michael Morbius was a Greek scientist who went on to win a Nobel Prize for biochemistry, but after suffering from a blood disease, developed a special treatment that involved vampire bats. A side-effect of the treatment led Michael to turn into a vampire-like creature, requiring blood for sustenance.

Michael Morbius’ first appearance in the Spider-Man comics was part of a mystery, as several of his victims were found dead. His blood also had properties that could cure both Dr Connors and Spider-Man. Morbius would make for a great addition to the Marvel’s Spider-Man universe, allowing the game to lean into the horror genre when encountering Morbius.

There are dozens of other villains in the Spider-Man universe, but we believe that the enemies listed above would make for some great battles and gameplay mechanics, and we’d love to see Insomniac’s adaptation of them.

Marvel’s Spider-Man 2 hasn’t been officially announced, but the studio is likely working on it, and we can’t wait to see what they’ve got in store for us!