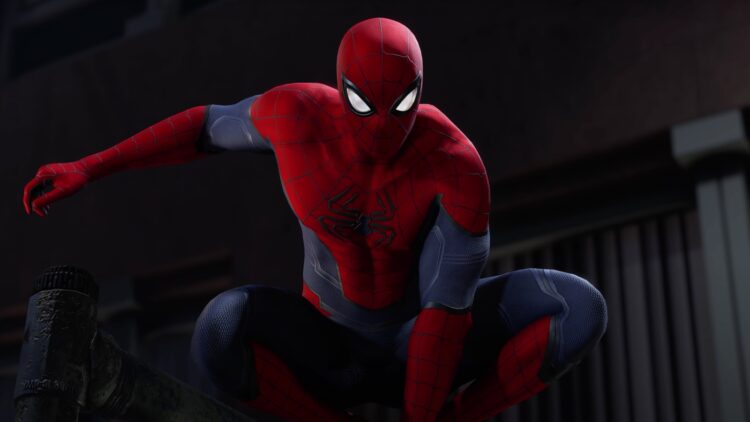 The PlayStation exclusive Spider-Man DLC for Marvel’s Avengers will not include any story mission, developer Crystal Dynamics has confirmed.

Spider-Man With Great Power will release on November 30th for PlayStation consoles, and it sees the famous wallcrawler join the game’s expansive character roster in a “character-driven story” in which Peter Parker teams up with Ms. Marvel and Black Widow to stop AIM’s deadly new plan.

In a new interview with IGN, Philippe Therien, the Gameplay Director at Crystal Dynamics, revealed that, unlike previous updates for Black Panther and Kate Bishop, the Spider-Man DLC will not include story missions.

Instead, the Spider-Man DLC’s story, which has been marketed as a “Hero Event”, will be told through audio logs and illustrated cutscenes that are unlocked by completing new Avengers Initiative multiplayer challenges.

Therien explained Crystal Dynamics’ decision to IGN, saying: “We want to spend our efforts on content that everyone can enjoy, so we chose to spend a lot of our energy on the Klaw raid that’s coming up at the same time.

“Really that’s a simple decision for us. Spider-Man can play all the content, but then we release a piece of content that’s good on all platforms. Really that was a decision that’s been that way since the beginning.”

Although the DLC will not include story missions, it will feature several of Spider-Man’s famous suits, including the Noir suit, the Classic suit, several Spider Armour suits, and many more. Take a look at which other suits have been revealed here.

In addition to interviewingPhilippe Therien, IGN shared some of the first gameplay of Spider-Man in Marvel’s Avengers, which you can check out below. The footage offers a look into Spider-Man’s combat and swinging mechanics.