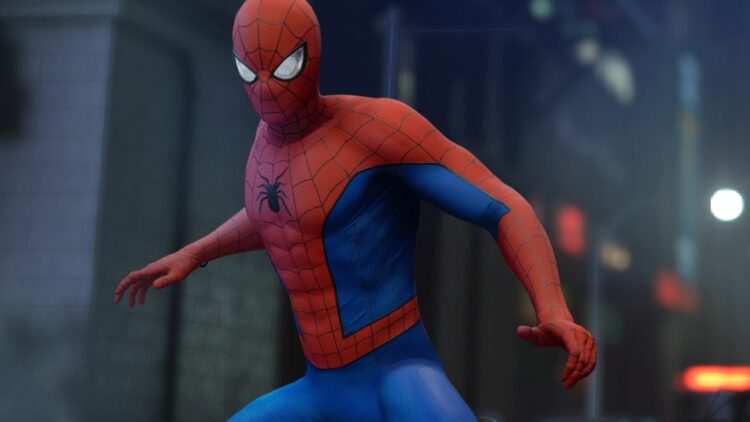 The With Great Power DLC for Marvel’s Avengers launches on November 30th, introducing famous wallcrawler Spider-Man into the game. Alongside the character, several of his famous suits will become available, seven of which have been unveiled on the Marvel’s Avengers website.

Spider-Man will launch in Marvel’s Avengers with the Classic Suit, inspired by Steve Ditko’s original design. Square Enix states it updated “key elements” of the suit to make it feel “more handcrafted” and “believable for this brilliant loner hero”.

Alongside the above, the game includes the Bugle Boy Suit, which combines Spider-Man with Peter’s everyday life; the suit sees Spidey don his trademark mask with a pair of jeans, a sweater vest, and his trusty SLR. There’s also the Secret War Suit, which was featured in the Secret War limited comic series and utilises a black and blue colour scheme with red webbing patterns.

The final suit unveiled by Crystal Dynamics is the Noir Suit, inspired by Carmine Di Giandomenico’s darker suit used for the Spider-Man Noir series. It includes a leather trench coat, a stitched mask, and aviator goggles.

Marvel’s Avengers’ With Great Power DLC releases on November 30th as a PlayStation exclusive. If you haven’t already, you can check out a trailer for the DLC here.