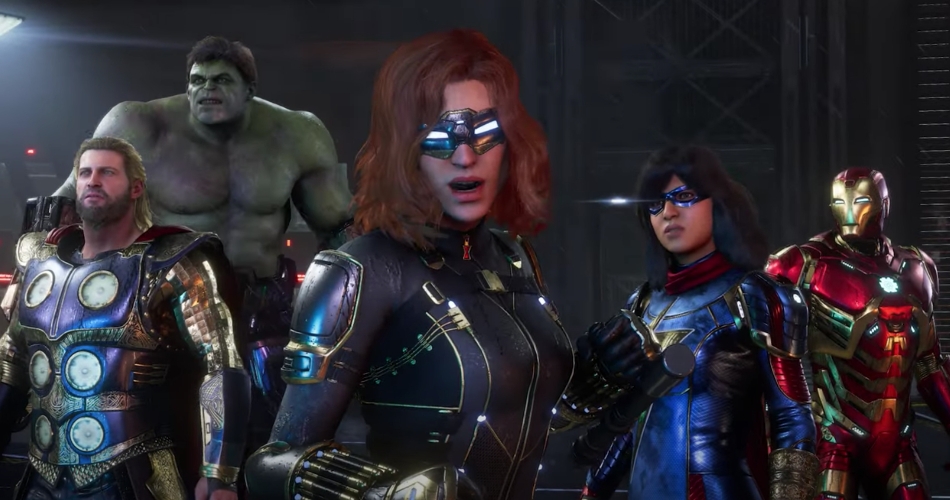 The biggest revelation to come from the broadcast is that Marvel’s Avengers’ main villain is MODOK (George Tarleton), a villain whose origins date back more than 50 years in the Marvel comics. In the game, MODOK is attempting to get rid of all superpowers and prevent a catastrophe like A-Day from happening again.

Over the course of the game, Tarleton will transform into MODOK (Mental Organism Designed Only for Killing) after being infected with Terrigen on A-Day – a mist which transforms people into Inhumans when inhaled.

As the leader of tech company AIM ( Advanced Idea Mechanics) and with the ability to control machines, MODOK captures and experiments on Inhumans to try and rid them of their abilities. This ultimately forces Ms. Marvel (Kamala Khan) to team up with a re-banded team of Avengers to take MODOK and AIM down.

The broadcast also featured a story trailer which offered a closer look at MODOK, including his final form, as well as more details on where the plot of Marvel’s Avengers will take players.

Also featured in the War Table broadcast were new details about the game’s multiplayer mode as well as a video covering part of a Thor hero mission titled Once An Avenger which featured Thor tackling enemies with Mjolnir. The gameplay saw Thor fight enemies with traditional melee as well as manual targeting which allows players to target and attack enemies with hammer spins, ground pounds, and a move to throw Mjolnir.

As explained in the broadcast, all playable characters will have assault, support, and ultimate heroic abilities which can be levelled up throughout the game. The abilities allow players to attack multiple enemies and support other characters by buffing them.

In addition to the single-player Hero campaign, Marvel’s Avengers has its co-op and multiplayer War Zones mode which can be played along with AI companions or as co-op with groups of up to four players. In this mode, players will have to work together to complete story missions.

Finally, the stream also covered the game’s customisation which includes Heroic moves, an intrinsic ability, signature moves, combo systems, and outfits. Each of the playable character’s outfits can be earned in-game and will span Marvel comics’ entire history, players will also be able to select various colour variations of each outfit for further customisation.

Marvel’s Avengers will release on September 4th, 2020, on the PS4, PC, and Xbox One consoles. Those who purchase the game at release will later be offered a free upgrade to the PS5 and Xbox Series X versions.