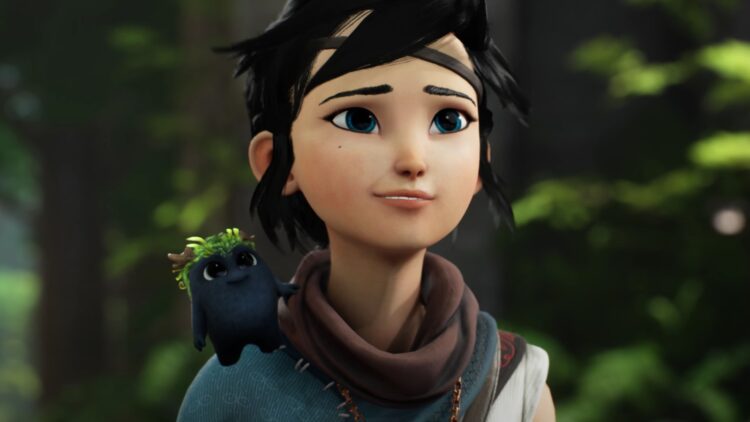 Maximum Games has officially unveiled the covers for the physical Deluxe Edition of Kena: Bridge Of Spirits for both PS4 and PS5, check them out below.

Pre-orders for the physical edition has also gone live with some retailers, including Maximum Games Europe, which is charging £42.99 for both PS4 and PS5 versions, the former having a digital upgrade path included. Other retailers that have pre-orders up include:

We’ll update the page once pre-orders have launched with other retailers in the UK. We are not affiliated with any of the stores above.

Indie game Kena: Bridge Of Spirits is getting a physical Deluxe Edition release.

The game, which was announced at Sony’s PS5 Showcase last year with a Holiday 2020 release date, is set to launch digitally tomorrow (September 21st), but game publisher Maximum Games has announced that it will be distributing a physical Deluxe Edition for PS4 and PS5.

Maximum Games announced the news in a tweet, revealing that the Deluxe Edition will come with the game, an official digital soundtrack, a Golden Rot skin, a unique Kena Staff, a retail-exclusive sticker sheet, and unique celebratory hats.

The physical edition will launch in November for $49.99 with pre-orders to launch soon. The game will reportedly be available in the UK, the United States, and across Europe in retail stores and online.

Reviews for Kena: Bridge Of Spirits haven’t yet been released, but the game, developed by Ember Lab, will reportedly support PS5 Activity Cards with over 200 help videos, and it supports two graphical modes; Quality Mode that is locked at 30 frames-per-second in 4K resolution, and the default Performance Mode that runs at 60 frames-per-second in upscaled 4K.

Kena: Bridge Of Spirits launches digitally tomorrow and physically in November. You can watch the latest trailer for the game below: