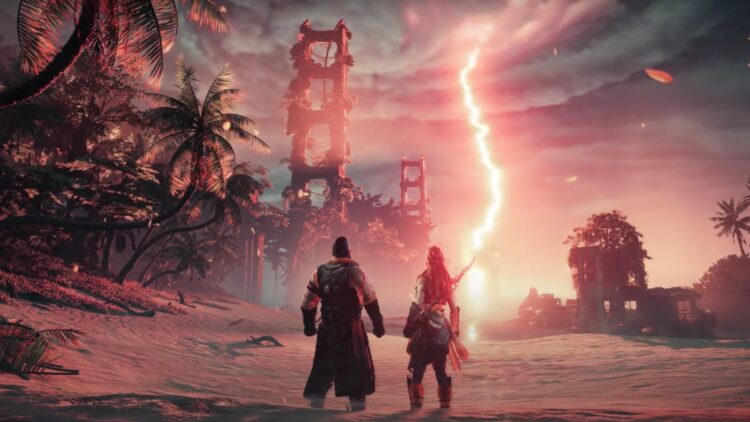 Speaking in the Giant Bomb show GrubbSnax, industry journalist Jeff Grubb said he’s heard that Sony has delayed Horizon Forbidden West and although no official date has been set, he’s heard that the game’s launch is “leaning” towards 2022.

The rumour was corroborated by Bloomberg, which claimed that Sony has delayed the game to the first quarter of 2022, according to a person familiar with the matter.

Forbidden West is the sequel to Sony’s hugely successful Horizon: Zero Dawn, which was released back in 2017. The sequel, releasing on PS4 and PS5, sees hunter Aloy travel to the Forbidden Westwhere a mysterious plague is infecting and killing humans, wildlife, and machines.

Rumours of the delay come after Head of PlayStation Studios Hermen Hulst said back in June that developer Guerrilla Games was “on track” to release Horizon Forbidden West for this holiday season.

In addition to sharing details on the alleged delay, Jeff Grub also claimed that Sony will hold a new PlayStation event in September, where they will confirm the delay and unveil information on games releasing in the latter half of 2021.

If true, Horizon Forbidden West joins a slew of other titles that have been delayed to 2022, including Hogwarts Legacy, the God Of War sequel, Gotham Knights, Lord Of The Rings: Gollum, Prince Of Persia: The Sands Of Time Remake, Gran Turismo 7, and more.

While waiting for an official confirmation on the delay, why not check out our article on everything we know so far about Horizon Forbidden West?