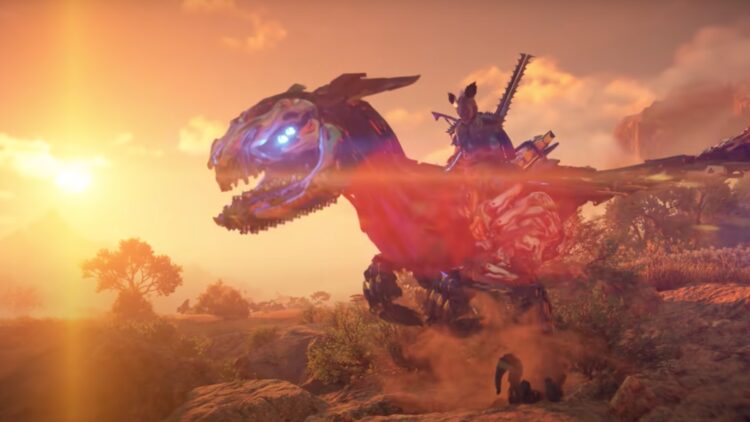 Guerrilla Games has released a brand new trailer for Horizon Forbidden West, showcasing some of the game’s new machines.

The brand new trailer offers a look at not only new machines but returning ones from the original game, including Snapmaws and Tallnecks. Some of the new machines featured in the trailer include the monkey-like Clamberjaw, snake machine Slitherfang, Mammoth machines Tremortusks, Clawstriders, Sunwings, Tiderippers, Sunwings, and the armoured Rollerback.

Guerrilla Games’ new trailer also offered a look at some of the various biomes in Horizon Forbidden West, including desert, lush jungles, plains, and snowy mountains too. It also shows Aloy overriding a Clawstrider and riding it as was possible in Horizon Zero Dawn.