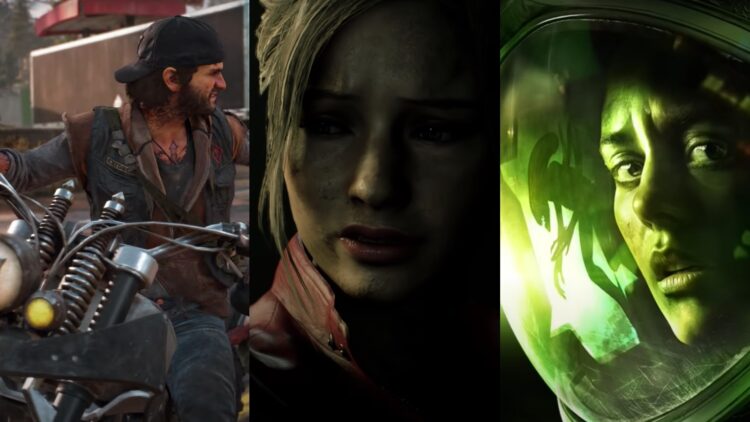 Horror is one of the most exciting genres in gaming and there are plenty of great horror games available for the PS4, all of which are compatible with the new PS5 too. If you’re looking for the best horror PS4 games for 2021, you’ve come to the right place. We’ve compiled a list of what we believe are the best horror PS4 games in 2021. You can take a look at our suggestions below, each of which has basic information of every title as well as a trailer and a link directly to Amazon through which you can nab a copy of the game for yourself – we do receive a small percentage of money through any purchases made via these links.

The Last Of Us Remastered

The Last Of Us Remastered is a PS4 remaster of Naughty Dog’s critically acclaimed The Last Of Us which released on PS3 back in 2013. One of the best-selling video games of all time, the title earned praise for its deep story, characters, and gameplay, and went on to win numerous game awards.

The game is set in a post-apocalyptic future in which the world has been ravaged by a mutated fungus known as Cordyceps which has made animals and humans hostile. The story follows Joel, a smuggler, who is tasked with escorting a teenage girl named Ellie across the United States while surviving the infected and hostile humans.

Alien: Isolation is a survival horror video game that released in 2014 on multiple platforms. Praised for its survival mechanics and art direction and sound design, the game is hugely popular among horror gamers.

The game is based on the Alien film franchise and takes place 15 years after the events of the original Alien film. It follows Amanda Ripley, the daughter of Ellen Ripley, as her investigation into her mother’s disappearance leads her to the Sevastapol space station which has become infested with Xenomorphs, forcing her to find a way out before it’s too late.

Resident Evil 3 is a 2020 remake of Capcom’s original 1999 video game of the same name. The survival horror remake features updated graphics but was criticised at launch for removing elements from the original game and for its short length.

The game follows Jill Valentine and Carlos Oliveira as they attempt to survive and escape the zombie-infested Raccoon City while being hunted by the terrifying bioweapon Nemesis. The remake also includes an online multiplayer mode Resident Evil: Resistance in which a group of players must survive a series of traps, enemies and other hazards.

The Last Of Us Part II is the sequel to Naughty Dog’s critically acclaimed 2013 game The Last Of Us. The game released in 2020 following several delays and was praised for its performances, characters, graphics, narration, and gameplay. However, it was subject to review bombing in addition to negative press but went on to win numerous awards.

The game is set five years after the original and follows two characters; Ellie who sets out on a mission for revenge after a shocking attack on her local community and Abby, a soldier who becomes involved with a mysterious but dangerous cult. For more about the game, check our The Last Of Us Part II review.

The Evil Within is a survival horror video game which released in 2014 for multiple platforms. The game has been praised for its horror, atmosphere, and gameplay but has been criticised for its lack of story and characters.

The game follows police detective Sebastian Castellanos who, while investigating a murder scene, is pulled into an alternate reality filled with nightmarish monsters along with partner Joseph Oda and Junior Detective Juli Kidman. The three are forced to survive and uncover secrets about the world they are stuck in.

Resident Evil 2 is a remake of Capcom’s 1998 title of the same name. As a complete remake, Resident Evil 2 features updated graphics and gameplay but remains faithful to the original 1998 game. It earned critical acclaim and won several big-name awards.

Similarly to Resident Evil 3, the game follows police officer Leon S. Kennedy and college student Claire Redfield as they attempt to escape Raccoon City while being hunted by the terrifying Mr X.

Prey is a first-person horror shooter video game which released back in 2017 for multiple platforms. The game, which takes place in an alternate timeline in which humans created and moved to orbital stations early, was widely regarded as one of the best games of 2017 thanks to its atmospheric open world, stealth and survival gameplay, and characters.

The game follows Morgan Yu as she explores and survives the Talos I space station in orbit around Earth on which a scientific team were researching the Typhon, a hostile shape-shifting alien race which have since escaped confinement and taken over the station.

Days Gone is a PS4 action-adventure horror game set in a post-apocalyptic Oregon. The open-world game released in 2019 and was praised for its large world, horde gameplay, and Sam Witwer’s performance but was hit with criticism for its technical issues (Most of which have since been patched) and for its lack of character development.

The game is set two years after the outbreak of a global pandemic which transforms humans and animals into hostile ‘Freakers’. The story follows drifter Deacon St. John who embarks on a quest to find his wife Sarah after discovering she may have survived the pandemic outbreak. For more about the game, check our Days Gone review.

The Evil Within 2 is a sequel to Tango Gameworks’ 2014 title. Like with the original title, The Evil Within 2 was praised for its visuals, survival horror gameplay, and its atmosphere but received criticism for its story and characters.

The game is set three years after the original game and continues Sebastian Castellanos’ story as he’s forced to enter the same nightmarish reality in search of his daughter Lily who is stuck there after supposedly perishing in a fire.

Resident Evil 7: Biohazard is a survival horror video game and the ninth mainline instalment in the Resident Evil franchise. The game released in 2017 and was praised for returning to the franchise’s horror roots, for its gameplay, and intricate story.

The game follows Ethan Winters whose search for his missing wife Mia leads him to a derelict plantation farm owned by the Baker family who have become infected by a strange fungus known as the Molded. Ethan must survive the Baker family and several terrifying creatures to find Mia and discover the truth. 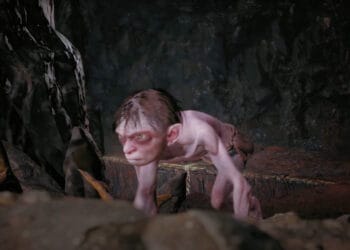