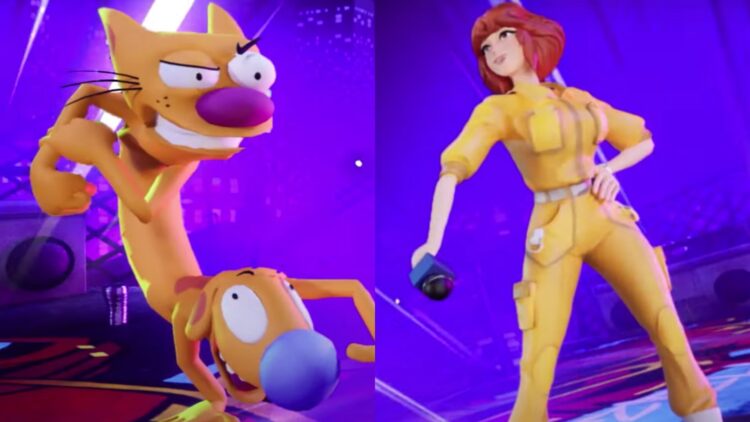 Developers Ludosity and Fair Play Labs announced this week during the Future Games Show that characters CatDog from CatDog and April O’Neil from Teenage Mutant Ninja Turtles will be playable in the game.

The two new characters bump the game’s number of playable characters to 16, including Nigel Thornberry from The Wild Thornberrys, Zim from Invader Zim, Reptar from Rugrats, Powdered Toast Man from The Ren & Stimpy Show, and Leonardo and Michelangelo from Teenage Mutant Ninja Turtles.

Nickelodeon All-Star Brawl was announced in July for Nintendo Switch, PC, and all PlayStation and Xbox consoles. The game will feature a single-player campaign, 20 levels based on various Nickelodeon shows, and it will have several local and online multiplayer modes.

Not much else has been confirmed, but the game is expected to launch later this year, so expect more details in the coming months.