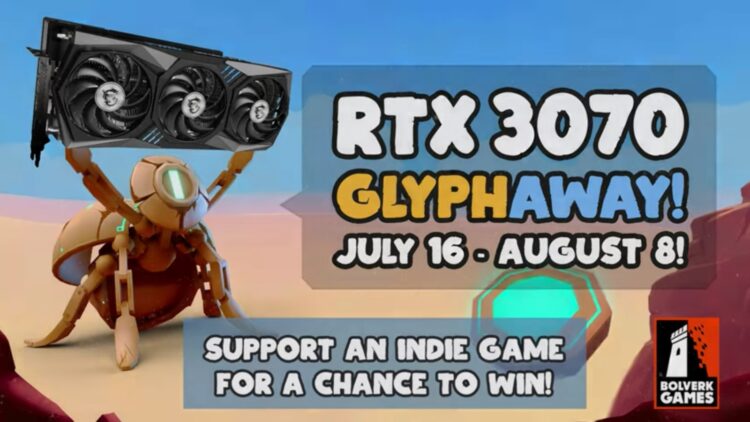 Bolverk Games has launched a competition with glem.io to give away an Nvidia GeForce RTX 3070 graphics card (Valued at $1,100) for free.

Anyone looking to enter the competition simply needs to wishlist Bolverk Games’ upcoming indie title Glyph on Steam and share a screenshot to the Glyph Discord. That’s it!

Glyph is a breathtaking 3D platformer releasing on August 9 for PC where players play as the sphere-shaped mechanical scarab Glyph.

In the game, players must practice and use precision and speed to complete Glyph’s levels, collect relics and artefacts, and restore the Ancient Temple City after a mechanical monster devasted the nation and poisoned its land.

The indie title, which combines aerial manoeuvring with tranquil exploration, features an Exploration mode with over 80 levels, a Time Trial mode with 30 levels, over 100 secrets and upgrades, and has a mean final boss.

Glyph is available for the Nintendo Switch today. You can watch a trailer for Glyph below: