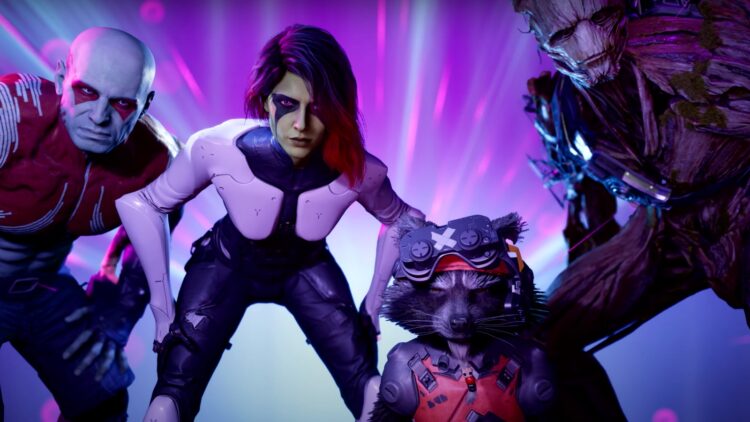 Although the game doesn’t release for another two weeks, Square Enix and developer Eidos-Montreal have released the launch trailer for Marvel’s Guardians Of The Galaxy.

The trailer, which is set to Mötley Crüe’s ‘Kickstart My Heart’, shows off a ton of new game footage, including solo and team combat, as well as a look at some of the unlockable costumes available within the game.

The two-and-a-half-minute trailer also offers a look at characters like Mantis and teases Adam Warlock at the end. However, the Warlock featured in the trailer may be his evil version, Magus, who was worshipped by the Universal Church of Truth – one of the game’s primary antagonists – in the comics.

Marvel’s Guardians Of The Galaxy takes place several years after a conflict known as the Galactic War and shortly after Star-Lord formed the Guardians of the Galaxy, with the team being together for less than a year.

In the game, the group inadvertently spark a series of events that allows the Universal Church of Truth to rise to prominence and threaten the universe as they attempt to bring back everything lost in the Galactic War.

Players will play only as Star-Lord or Peter Quill, while the remaining members of the Guardians are controlled by AI. Players must issue commands to team members during combat and throughout the game will have to make dialogue choices that will impact Star-Lord’s relationship with each member.

Marvel’s Guardians Of The Galaxy will release on October 26, 2021, for PC, Nintendo Switch, GeForce Now, and all PlayStation and Xbox consoles. Check out the launch trailer below: