WATCH – First Teaser For Lord Of The Rings: Gollum 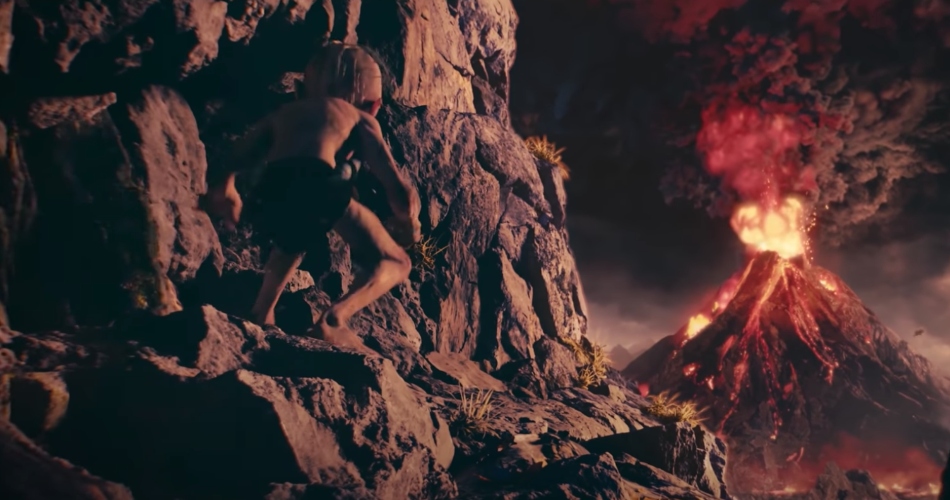 The first teaser trailer for the upcoming Lord Of The Rings: Gollum video game has dropped.

Daedelic Entertainment left gamers scratching their heads when they announced their latest project Lord Of The Rings: Gollum alongside the release of several screenshots taken on a PS5 console.

Now, the development studio has released the first official teaser trailer for Gollum, giving us the first full look at the character as well as a glimpse of Mount Doom as it towers above Mordor. Unfortunately, the teaser didn’t offer us any information about the game’s story, nor was any gameplay shown.

Lord Of The Rings: Gollum – The First Details

However, a report from IGN claims that Lord Of The Rings: Gollum will release in 2021 and feature stealth and vertical parkour gameplay. Lead designer Martin Wilkes even compared it to the Prince Of Persia games in an interview with the website, saying:

“The game mixes stealth with vertical climbing parkour. If you want a reference, you might think of it as similar to Prince Of Persia. It is mostly a non-combat game, but Gollum will be able to stealthily take out enemies. However, this will not be easy and always comes with big risks. We want players to carefully weigh these encounters. After all, Gollum’s strengths lie in cunning not combat.”

IGN reports that the game will involve scavenging for items, avoiding environmental hazards and seeking help from “newfound friends”. Wilkes confirmed that Gollum can distract enemies by throwing items.

Throughout his journey, players will need to make decisions and dialogue choices suggested by both himself and his Sméagol personality. The game features a branching narrative which is affected by the decisions made throughout the game and whether Sméagol or Gollum is the “dominant” personality.

Unlike previous Lord Of The Rings video games, Gollum will not be open-world and instead will be structured into levels and hubs. Wilkes explained: “When Gollum arrives at a new location, the places where he can go from that hub are limited until he either works his way in (For example, the prisons of the Dark Tower), finds secret passages or information, or manages to scheme his way into otherwise restricted areas.”

Wilkes states that some levels within the game can be explored freely while others are more linear but with alternative routes that can be taken by players depending on decisions made.

In the IGN interview, Wilkes also confirmed that the game begins parallel to the first Lord Of The Rings book when Frodo is still in the Shire, and as Gollum wanders out to Mordor in search of Bilbo Baggins and the Ring but gets caught by Sauron’s servants.

“Gollum’s overall goal in the game? Well, that’s a bit more complicated. Obviously, Gollum wants to escape his captors and retake the Ring (And hopefully get his hands on some nice fish along the way). After some time though, Sméagol-side causes trouble and distractions and opens up new, conflicting goals that we cannot talk about yet.”