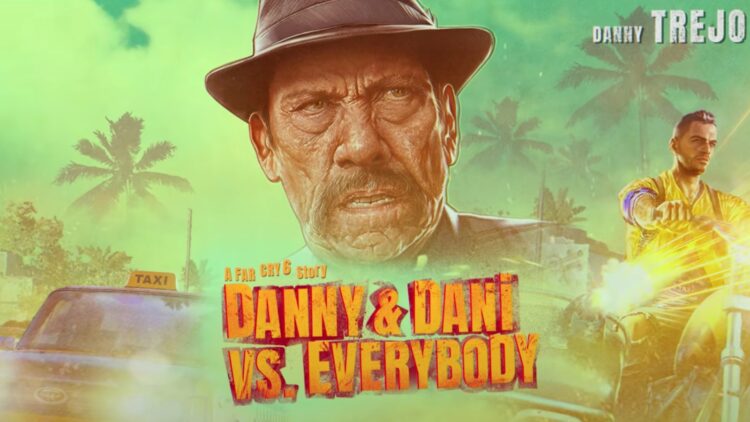 Several days after announcing that Far Cry 6 has gone gold and is ready for release next month, Ubisoft has shared a video detailing the game’s post-launch content, including free and paid DLC.

First up are three free crossover missions, which sees Far Cry crossover with actor Danny Trejo in Danny & Dani Vs Everybody, Rambo from the Rambo films in Rambo All The Blood, and finally a crossover with the Stranger Things television show in The Vanishing.

In addition to the three crossover missions, Ubisoft has planed free weekly Insurgencies through which players can earn new gear upgrades by tracking and eliminating targets.

Finally, Ubisoft has planned six free Special Operations where players are challenged with stealing chemical weapons from arms dealers in new areas and deliver them to their extraction points before they overheat. Two Special Operations will be available at launch, with four more to launch after the game’s release.

When it comes to paid content, the Far Cry 6 Season Pass will allow owners to play some of the franchises famous villains, including Vaas Montenegro, Pagan Min, and Joseph Seed, in three unique episodes released between November and March.

First episode Vaas: Insanity will release in November, followed by Pagan: Control in January, and Joseph: Collapse in March. Owners of the Season Pass will also be able to claim a copy of Far Cry 3 Blood Dragon, as well as the Blood Dragon Set, which includes an outfit, the KillStar weapon charm, the AJM9 and Kobracon weapons, the Omega Enforcer vehicle, and more.