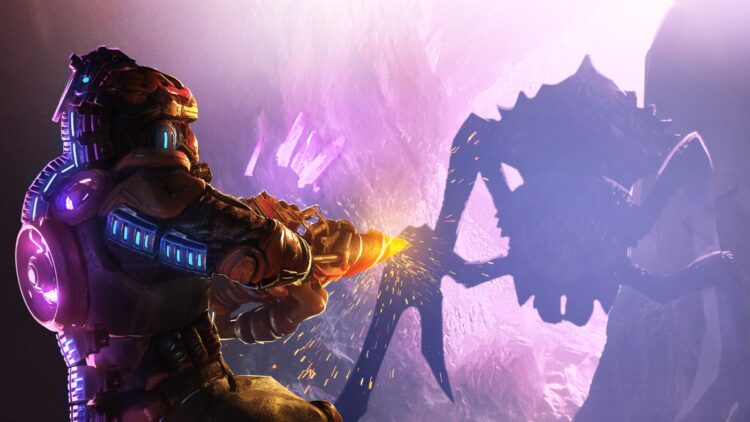 Survival shooter Lumencraft has been announced for PC, with a demo set to release next month.

Lumencraft is 2Dynamic Games’ debut game and is being developed in partnership with Star Drifters, the creator of the highly acclaimed Driftland: The Magic Revival and Danger Scavenger games.

The upcoming survival shooter is set in the year 2221 where the planet’s surface has become uninhabitable, forcing the remnants of humanity to survive without electricity and light. However, the discovery of Lumen, a crystal of high energy potency, has given humanity one final chance for survival.

Lumencraft follows a team of specialised miners named Scouts that have established a settlement underground near estimated deposits of Lumen. The Scouts must excavate and collect Lumen and return the mineral to the surface, all the while surviving the hostile underground caverns.

Players must aid the Scouts by defending their settlement through direct and ranged combat and must help the miners dig through the dangerous caverns to collect Lumen. The game features dynamic lighting, fully destructible terrain, and a tech tree that allows players to develop their skills.

Lumencraft has no release date yet, but a demo for the game will launch on Steam on October 1, 2021, with Early Access planned for later this year. While you’re waiting for more news on the title, check out the trailer below: