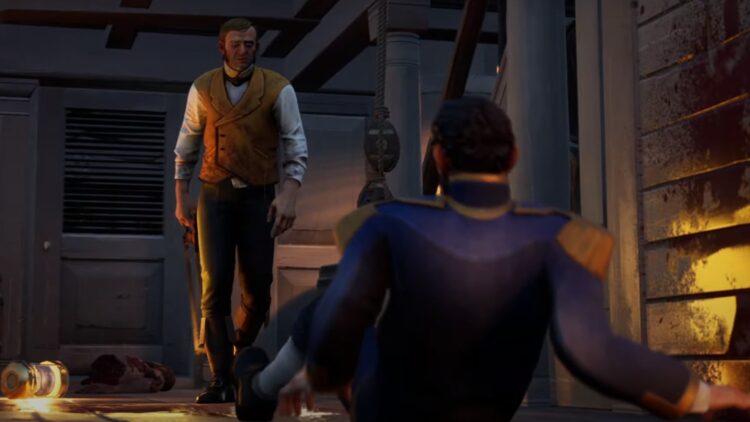 The social deception game is set on an 1850s Arctic expedition voyage where eight player-controlled characters known as Explorers are forced to depend on each other for survival. However, two of the playable characters are Thralls who must sabotage the mission.

Ahead of its launch next month, Digital Confectioners have released the Bad Medicine update, which has added the Doctor role, the new Armoury team objective that offers new weapons to Explorers or Thralls, and the update has emphasised social interaction.

Players must complete objectives over voice chat; Explorers are required to gather resources to power the ship while Thralls must poison food, massacre Explorers, and summon dark magic, all while pretending to be Explorers.

On the journey, players will need to build fires to stay warm, fend off predators, and hunt for food. Players must also make grim choices to stay fed, butcher bodies, and use the pieces as either weapons or food.

The game, which is available via Steam Early Access now, features a full day and night cycle, and there are eight unique roles players can take on; Captain, Navigator, Cook, Chaplain, Royal Marine, Hunter, Engineer, and the newly launched Doctor.