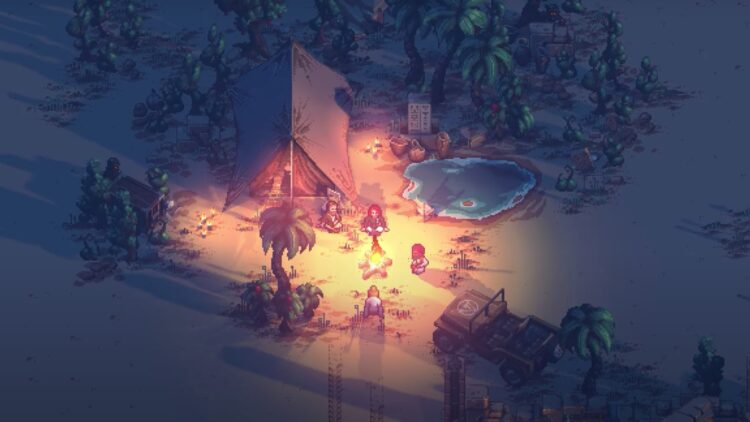 Developer Robotality and publisher Chucklefish have today announced a physical edition of their turn-based strategy game Pathway for the Nintendo Switch by Limited Run Games.

Pathway was released back in April 2019 for PC and in May 2021 for the Switch. The pixel-art game is set in 1936 where Nazi influence stretches across Europe and the Middle East, with rumours suggesting that they’ve been conducting secret excavations to find mysterious artefacts and objects of power.

The physical edition of Pathway for the Nintendo Switch includes a region-free cartridge, an LRG Trading Card, a reverse full art cover sleeve, and a full-colour Adventurers Field Guide manual that is filled with strategic gameplay information from Robotality.

In the game, players must lead a team of adventures across the deserts of Northern Africa to find and collect hidden treasures before the Nazis can get ahold of them. Pathway is a turn-based strategy game, so players will need to use cover and positioning to make the best of their team’s abilities and equipment when taking on enemies.

The game consists of five campaigns of varying difficulties, each with unique narratives and fun surprises. There are also several locations to explore that each come with narrative-driven events, where players must make decisions, such as whether or not to save villagers.

There are a total of 16 unlockable characters with varying skills and quirks that impact combat and story encounters. Players can experiment with different team combinations and trade in valuable loot to upgrade them with rare weapons and armour.

Pre-orders for the physical editions of Pathway are available over at the Limited Run Games website for $29.99, but they are limited, so be quick. Check out the trailer for Pathway below: