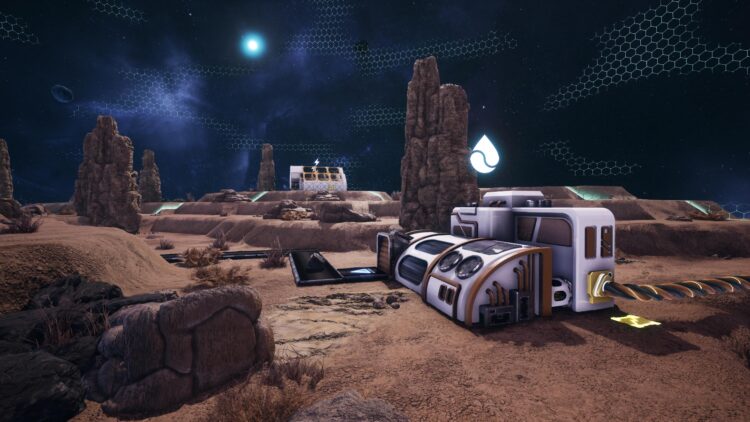 Astro Colony is a sci-fi sandbox exploration and construction game set to release on Steam in 2022.

The game, which is being developed by Terad Games, takes inspiration from Space Engineers, Factorio, and Minecraft, and it sees players create an efficient constellation of colonies.

The game features over 70 unique technologies that will need to be researched, including oxygen and electricity, to develop and grow colonies, to meet astronaut needs, and to survive unknown dangers.

Astro Colony is being developed by the Poland-based Terad Games, spearheaded by Lukasz Czarnecki, a programmer who previously worked on Halo: The Master Chief Collection and Splash Damage.

The game will release on Steam for Windows, Mac, and Linux in 2022, and Terad Games launched a Kickstarter last month to help fund its development. Within a week, the Kickstarter hit its first goal of €10,000 for an official Steam release.

The Kickstarter is well on its way to hitting its second goal of €15,000 for multiplayer gameplay, and subsequent goals will include PlayStation and Xbox releases, a story mode with professional voice acting, mod support, and a Nintendo Switch release too.

The game is set to release next year, so check back for more updates on Astro Colony.