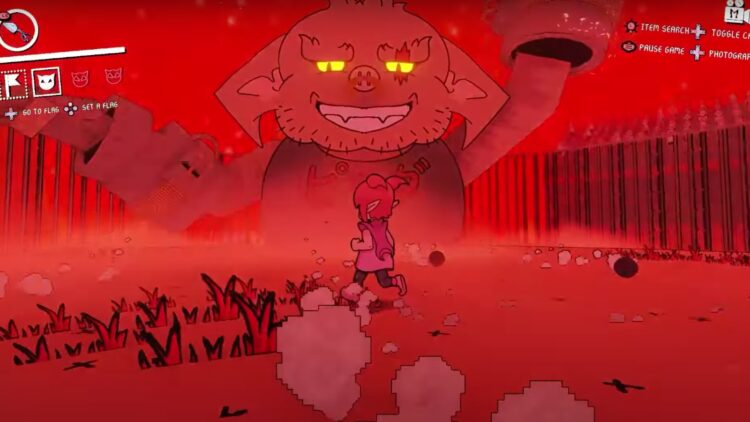 The game, which is being published by Playtonic Friends, features 3D graphics in a 2D art style and sees players take on the role of Beebz, a 1,000-year-old demon, who embarks on a journey to reclaim the Demon world and defeat the Demon King to take the throne for herself.

Fabraz has stated that the game focuses on offering players replayability and an ever-evolving challenge, as levels previously completed and liberated by Beebz will have mechanical and environmental changes to discover.

What’s more, the game allows players to place checkpoints throughout levels and teleport between them, and it includes chaotic physics-based combat requiring players to pus, spin, and pull enemies out of the way, down cliffs, and into spikes.

If the above isn’t enough, the game includes 50 locations as well as 52 arena challenges, ten Demon Soccer Golf courses, and eight collectable cartridges that unlock remixed throwback levels inspired by 3D platformers from the past.

Demon Turf is launching on November 4th, 2021, for PC via Steam and the Epic Store, Nintendo Switch, and all PlayStation and Xbox consoles. For those that can’t wait and want to try the game out, Fabraz has released a Demon Turf Trials on Steam, which offers the top-ranked players a chance to win a free copy of the game.

The Demon Turf Trials includes three main challenges for players with a leaderboard to climb. The challenges are timed, and they include: