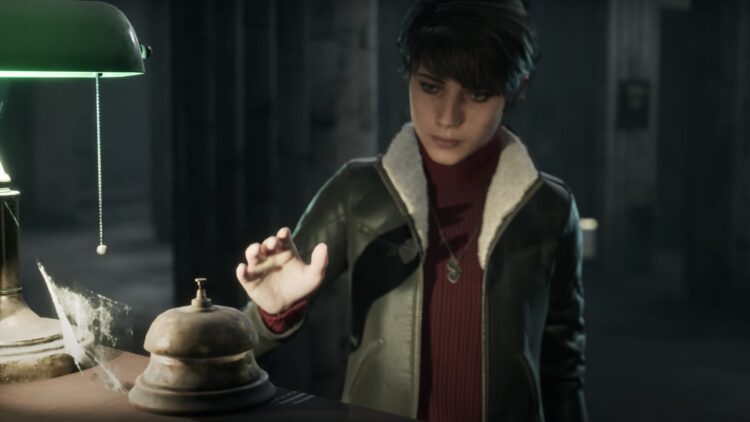 Microsoft has shared a 14-minute gameplay demo of its upcoming Xbox and PC exclusive The Medium.

The psychological horror video game, which is being developed by Bloober Team, follows medium Marianne who can travel between the spirit and physical realm and travels to the haunted Polish Niwa resort and hotel after being drawn to it by several mysterious visions.

Information on the game has been kept under wraps but Microsoft has today released a 14-minute gameplay demo offering a look at how players can swap between the two realms.

The gameplay demo features Marianne exploring the Niwa resort and using her abilities to interact with both the friendly and hostile entities residing within the spirit realm.

In the 14-minute video, we see Marianne explore the hotel to find clues involving past events that had occurred at the hotel before encountering a spirit named Sadness.

The discrepancy between the two realms continues when Sadness runs up a staircase which in the spirit realm is fully functional but in the physical realm is completely broken down.

To progress, Marianne must use an elevator which works in both worlds. However, in the physical realm, Marianne cannot exit the elevator due to a malfunction, but she can leave it in the spirit realm through an out-of-body experience.

This short snippet of gameplay showcases how players will have to swap between realms to solve puzzles and progress. Unfortunately, Marianne cannot stay out of her body for too long.

Finally, the video showcases the game’s main villain, a violent entity known as The Maw who is voiced by Troy Baker of The Last Of Us. Like Marianne, The Maw can traverse between realms (Although he is blind in the physical realm so relies on sound) and stalks Marianne.

The Medium was originally announced for the Xbox 360, PlayStation 3, and the Wii U in 2012 but quickly disappeared as developers waited on better console technology. The game was reannounced earlier this year with a 2020 release date but was delayed to January 2021.

The Medium is available for pre-order now for PC, Xbox One, and Xbox Series consoles and will release on January 28th. You can watch the gameplay demo below: