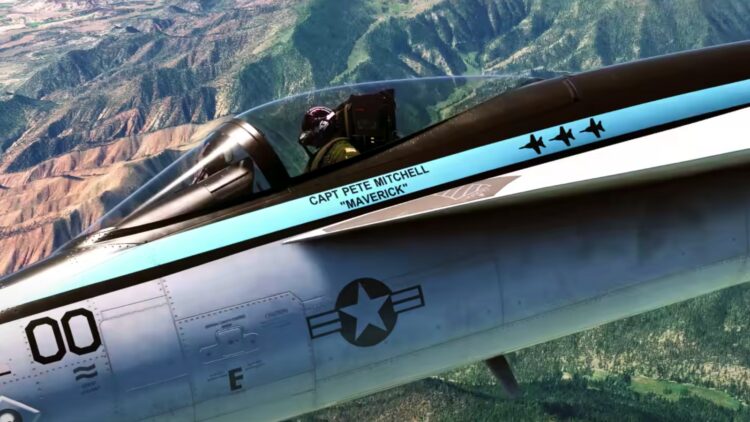 The Top Gun expansion for Microsoft Flight Simulator has been delayed to May 2022 to coincide with the release of the Top Gun: Maverick movie.

Film studio Paramount Pictures pushed the film back from its November 19, 2021, release date to May 27, 2022, and game developer Asobo Studio announced over the weekend that its free Top Gun expansion has now been delayed to release alongside the movie.

In a brief statement on the Microsoft Flight Simulator website, Asobo Studio wrote: “Paramount Pictures recently shifted the release date of Top Gun: Maverick to Memorial Day weekend, May 27, 2022. As we have previously announced, the Top Gun: Maverick expansion for Microsoft Flight Simulator for Windows 10, PC, Steam, Xbox Series X/S, and Xbox Game Pass will release alongside the movie.”

Asobo Studio ended the statement by promising to reveal more about the free expansion in the future. We already know that the expansion will include the aircraft and carrier featured in the film’s trailer. Some footage of the Top Gun expansion can be seen towards the end of the trailer below:

In addition to releasing a free Top Gun expansion, Asobo Studio is going to release World Update Six tomorrow (September 7, 2021), which will focus on Austria, Germany, and Switzerland.

The update includes four new hand-crafted airports, around 100 points of interest, new discovery flights and landing challenges, plus plenty more. Check out the trailer for the Microsoft Flight Simulator World Update Six below: