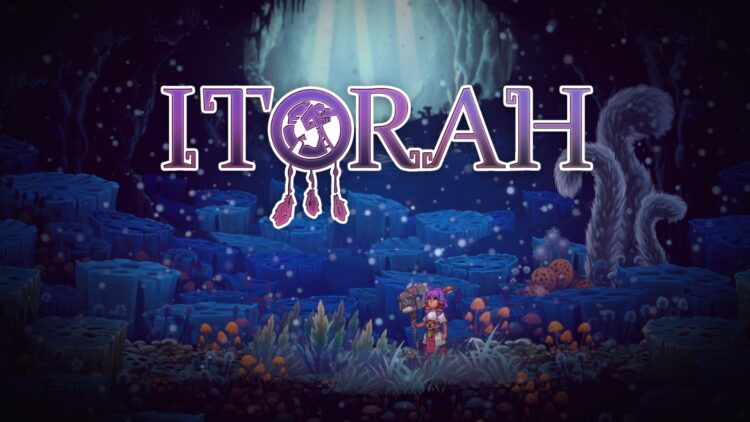 Grimbart Tales’ hand-drawn action-platformer ITORAH has been given a 2022 release date.

The game, which is Grimbart Tales’ debut title, is heavily inspired by Mesoamerican culture and legends. It follows Itorah, the last human on Earth, and her mouthy sentient battle-axe companion as they embark on a journey across treacherous lands to defeat deadly foes and liberate the once-thriving Nahucan from an evil plague.

Inspired by classic Nintendo Gameboy titles, ITORAH features hand-painted worlds inspired by South and Central American landscapes. It has over 200 animations that bring Itorah and her amazing abilities to life.

The game also includes old fashioned platforming, where Itorah will need to hack, slash, dodge, and jump her away across the title’s world, and solve a variety of difficult puzzles and platforming sections.

Along the way, Itorah, as the last human, will solve the mystery regarding everyone else’s disappearance.

ITORAH was originally set to launch in 2021 but has been pushed back to Spring 2022. It will release on Mac and PC via Steam, and you can check out the trailer below: