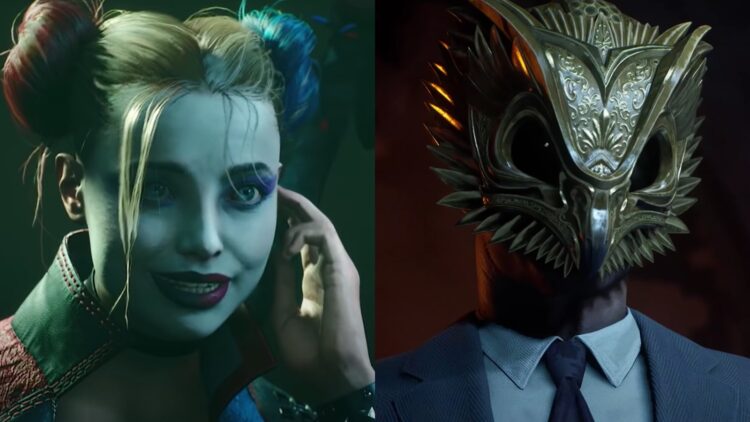 DC FanDome 2021 took place yesterday where an abundance of DC media was announced, including films, television shows, and comic books. Among the announcements was the release of new trailers for video games Gotham Knights and Suicide Squad: Kill The Justice League.

During the event, WB Games Montréal released a new story trailer for Gotham Knights. The game is set in a universe where Bruce Wayne is dead and Nightwing, Red Hood, Batgirl, and Robin must work together to protect the city of Gotham, which has now been taken over by the Court Of Owls.

The brand new story trailer offers a deeper look into the story and includes new gameplay footage as well as glimpses of The Penguin, various locations around Gotham, and the Court Of Owls’ assassins Talons.

The action-adventure open-world game will support two-player co-op where a second player can drop in and out at any time. Each of the game’s characters have their own unique special abilities and they can be levelled up, although enemies automatically level up too.

Gotham Knights was announced at DC FanDome 2020 for PC and all PlayStation and Xbox consoles with a release date for 2021. However, the game was delayed to 2022, and no release date was unveiled in the new trailer.

The trailer offers a glimpse of Rocksteady’s take on The Penguin, Wonder Woman, The Flash, and the Green Lantern, as well as a look at Metropolis, where the game will be set.

Suicide Squad: Kill The Justice League is set to release in 2022 and features four main playable characters; Harley Quinn, Deadshot, Captain Boomerang, and King Shark, all of which come with unique abilities and customisable weapons.

The game features an open-world and it can be played solo or with up to four players in co-op. No gameplay has been shown of the game yet, but you can check out the story trailer below: