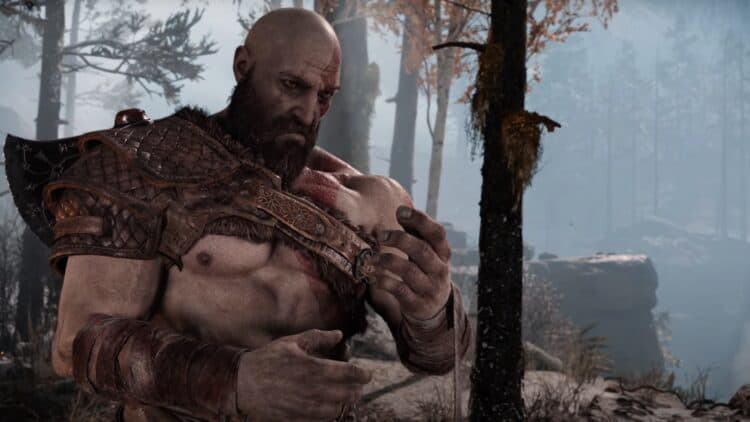 A new Q&A with Head of PlayStation Studios Hermen Hulst has unveiled new information about several of PlayStation’s upcoming games, including God Of War and Horizon: Forbidden West.

Sid Shuman, the Senior Director at SIE Content Communications, held an interview with Hulst on the Official PlayStation Podcast. During the 20-minute conversation, some of which was transcribed into a Q&A on the PlayStation Blog, Hulst spoke about the God Of War sequel, Horizon: Forbidden West, and Gran Turismo 7.

When asked how the teams at PlayStation Studios have managed to cope and adapt to big changes due to the Covid-19 pandemic, Hulst explained that many of the studios are facing issues regarding performance capture and audio work.

Hulst highlighted Guerrilla Games and Santa Monica Studio’s difficulties in particular before stressing that Guerrilla’s Horizon: Forbidden West is still “on track to release this holiday season” before stating that the date “isn’t quite certain” and PlayStation is working hard to confirm a release as soon as possible.

Regarding the God Of War sequel, Hulst revealed that developer Santa Monica Studio started working on the project “a little later” and so the title has been delayed to 2022 so the studio “can deliver the amazing God Of War game that we all want to play”. The news was later announced by the studio on Twitter.

Later in the Podcast, Hulst was asked how the PS4 factors into PlayStation Studios’ development, and Hulst confirmed that Horizon: Forbidden West, the God Of War sequel, and Gran Turismo 7 will all be releasing on both PS4 and PS5. However, he reiterated the importance of having “showpieces” for the PS5, including Returnal and the upcoming Ratchet And Clank: Rift Apart.

Hulst then explained that PlayStation will continue to release games on PC following the success of Horizon: Zero Dawn and Days Gone to “reach new gamers who haven’t yet experienced the great stories, characters, and worlds that we’ve built”.

Later in the Podcast, Hulst spoke about Team Asobi, the developer of the Astro Bot games, confirming that PlayStation is building the team in Tokyo into a “world-class studio” and that the Team Asobi is developing a franchise “for all ages with a global appeal”.

Also in the Podcast, which can be read here, Hulst spoke about PlayStation’s relationship with Japan, the importance of new IP to PlayStation Studios, and how partnerships fit with the company.