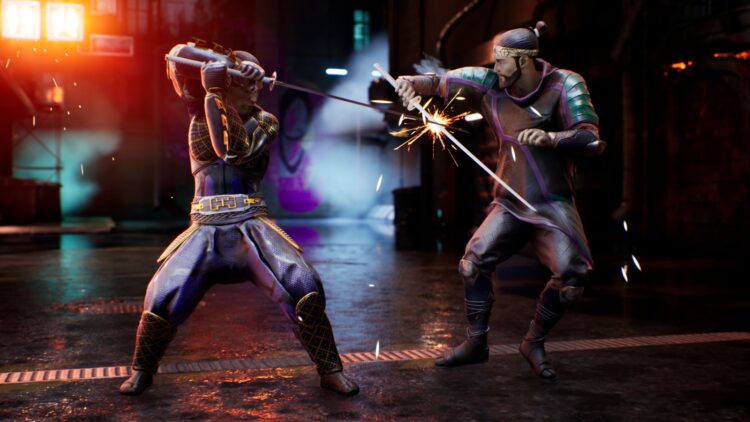 Developers Grindstone and Triple Hill Interactive have announced that their upcoming one-hit-kill fighting game Die By The Blade is launching on PC and all major consoles next year.

Die By The Blade draws inspiration from the Dark Souls series, Bushido Blade, and Way Of The Samurai, but features seven playable characters each with their own unique backstories.

The game also features a range of customisation options, with players able to alter their cosmetic style before launching into the game, its tournaments, ranked online modes, and other modes to be announced in the coming months.

Strategy is required in Die By The Blade as each weapon has its own moveset to dismember enemies and offers varying playstyles. What’s more, the game has a distinct art style that blends a cyberpunk aesthetic with Japanese-inspired themes.

Die By The Blade release on PC via Steam, Nintendo Switch, and all PlayStation and Xbox consoles in 2022. More details will come in the next few months, but in the meantime, you can check out the game’s trailer below: