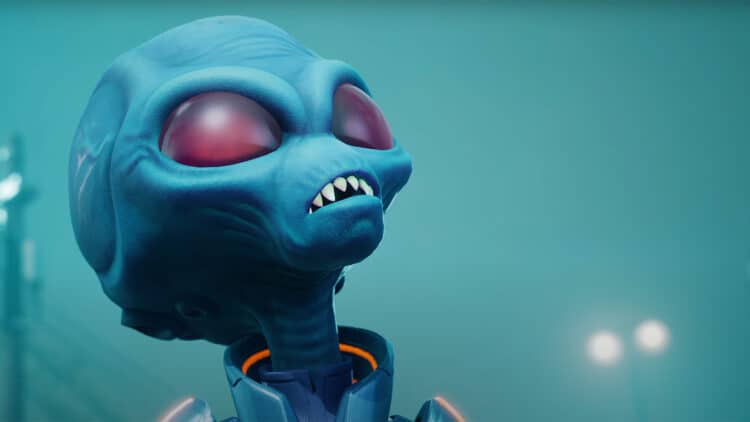 The action-adventure game, which was announced last month, is a remake of the original PlayStation 2 and Xbox game from 2006. It follows alien invader Crypto as he attempts to stop the KGB and enact revenge on all humans.

The game’s campaign can be played in single-player or with up to two players in a split-screen co-operative mode, which the new trailer showcases with some fresh gameplay.

If you choose to play in co-operative mode, the screen will be split into two; with one player’s screen situated on the top left and the other’s on the bottom right. In the top right of the screen is your current objective and on the bottom left is the area’s map.

Destroy All Humans! 2 – Reprobed will release on August 30th for PC via Steam and on PlayStation 5 and Xbox Series consoles. Details on the various editions available for pre-order and what they contain can be found here.

Check out the co-op trailer below: