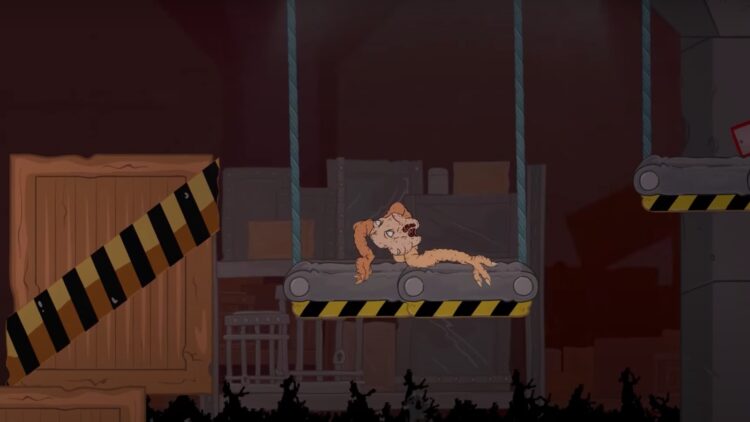 Frontier Foundry and developer Chasing Rats Games has announced that its chaotic platformer Struggling is launching on PlayStation and Xbox consoles next month.

Struggling, which is already available for PC via Steam and Nintendo Switch, is a co-op platformer where up to two players control Troy’s limbs as he sets out to find the legendary Abomination Gods.

On his journey, Troy will have to outrun rats, vault over pools of waste, and joyride a dirt bake, all while exploring four visually distinctive worlds, including horrific labs, perilous canyons, and more.

Struggling can be played alone by controlling both of Troy’s limbs or it can be played with another player, each of whom controls one of Troy’s limbs. Players will need to solve increasingly challenging physics-based puzzles using momentum and level Troy up with new skills, such as time-slowing, detachable arms, and more.

Chasing Rats Games’ Struggling will release on PS4 and Xbox One on September 8 and will be backwards compatible with PS5 and the Xbox Series consoles. You can watch the trailer for Struggling below: