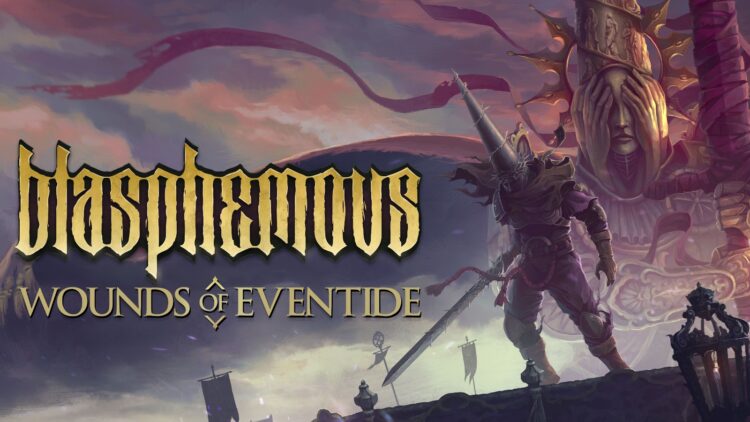 Developer The Game Kitchen has today released the final update for action-platformer Blasphemous.

Titled Wounds Of Eventide, the brand new update adds several new levels, bosses, items, secrets, and a new ending to the game that leads into the recently announced Blasphemous sequel, which is due to launch in 2023.

Wounds Of Eventide is the third and final update released for Blasphemous, following the launch of Stir Of Dawn and Strife And Run, which introduced new difficulty levels, a New Game+ mode, new playstyles, bosses, game modes, and a “Demake Area” that pays homage to classic 8-bit platformers.

The game, which was released in 2019, is set in the Gothic world of Cvstodia, where a curse known as The Miracle has fallen on its inhabitants. Players take on the role of The Penitent One, the sole survivor of the Silent Sorrow massacre, who is stuck in an endless cycle of death and rebirth and sets out to free the world from The Miracle.

Throughout the game, players will explore the non-linear nightmarish world of Cvstodia and uncover its secrets, develop and customise their build, take on hordes of grotesque monsters and bosses, and find and equip helpful items.

Blasphemous was released to acclaim back in 2019, with many praising it for its Souls-like gameplay. The game is available for PlayStation and Xbox consoles, Nintendo Switch, and PC via Steam, the Epic Games Store, and GOG, and the Wounds Of Eventide is available for all platforms now. Check out the trailer for the update below: